We got fans' favourite Steve Claridge to look back on his time at Pompey and select his favourite goals.

The boyhood Blues fan first joined the club on loan from Leicester in 1998, later signing permanently and spending three seasons on the south coast.

He also held the position of player/manager following the departure of Tony Pulis, winning and scoring in his first three games in charge.

"I had just left Wolverhampton where I hadn't really done myself justice. The move to Pompey was a little bit acrimonious from their perspective.

"It's a fantastic football club, Wolves. It was a shame it didn't work out for me there but I did want to go to Pompey. I had made it clear in no uncertain terms and it was nice to show the Wolves fans that I could actually play a little bit!"

"This is the only goal I'm going to go for because of quality of the goal over sentiment. Obviously, with regards to quality I didn't have an awful lot to choose from, but this wasn't a bad goal!

"Alan McLoughlin played a ball over the top, I took a couple of touches and put it into the top corner. It's one of the few goals I think I've ever scored from outside the box!"

"We were on a little bit of a bad run. I think we hadn't scored for four-and-a-half hours. I'd been out for three or four games, but came back in and thankfully managed to get a couple.

"It was at a stage of the season where it looked like we might get dragged into the relegation mire, so it was a big game and it just gave us that little bit of breathing space."

"This was under my tenureship as manager or stand-in or caretaker; I still don't actually know what my title was! I'm still trying to work it out even now, what my role actually was during that period of time! 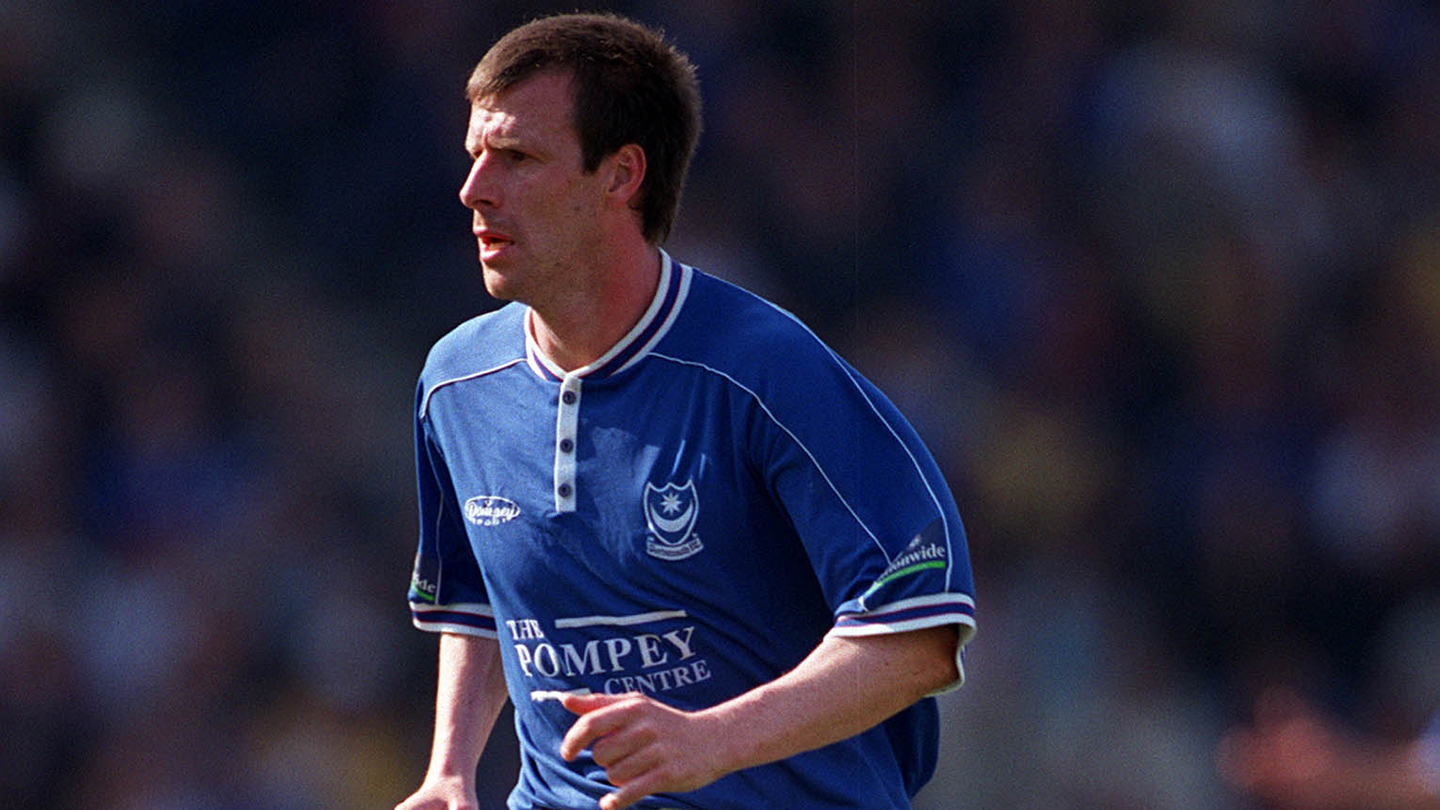 "It was a little bit like all my Christmases had come at once actually, to be named the manager of the football club you'd supported since you were a boy and you score a goal and you win the game.

"For me, it was a wonderful, wonderful day and one I won't forget."

"This night really was one of those seminal nights for me that I'll never forget. The fans sang 'Alan Ball's blue and white army' for the entire 90 minutes – and I don't exaggerate there – and I managed to get my first goal for the football club.

"Stockport at home, never stopped raining, a wet Tuesday night; it hardly sounds an auspicious occasion, but if you were there you'd know what exactly I'm talking about."