Ronan Curtis is not going to rest on his laurels now he has committed his future to Pompey.

The in-form Republic of Ireland international has put pen to paper on a new three-and-a-half-year contract.

But now his focus is fully on trying to help the Blues secure a place in the Championship for next season.

And with the side currently on a record-equalling eight-match winning run in all competitions, Curtis is feeling positive.

He said: “I love this club to pieces and I couldn’t really wish for anything better, so I’m over the moon to sign a new contract.

“Kenny, Joe and the rest of the staff have gave me a chance by bringing me here and I wanted to repay them by staying loyal, while the fans are great.

"I love this club to pieces and I couldn’t really wish for anything better, so I’m over the moon to sign a new contract."

“The group of lads we’ve got all get on like a house on fire and we all want to win promotion with Pompey.

“The supporters are right behind us and with the players and staff here, we’re confident that can happen.

“We weren’t playing to our standards at the start of the season, but now we’re picking up lots of points and want to make sure that continues.”

Curtis had scored just three goals by the start of November, but has since netted 10 in his past 16 appearances.

He said: “There was a lack of confidence and I knew that once the first came along, more would follow on from that.

“Now I seem to be scoring every game or two and hopefully that can continue. I’m playing regularly and happy to help the boys.”

Forward Ronan Curtis chats after signing a new three-and-a-half-year Pompey deal. The 22-year-old has scored 13 goals so far this season and recently picked up successive 'League One Player of the Month' awards for December 2019 and January 2020. 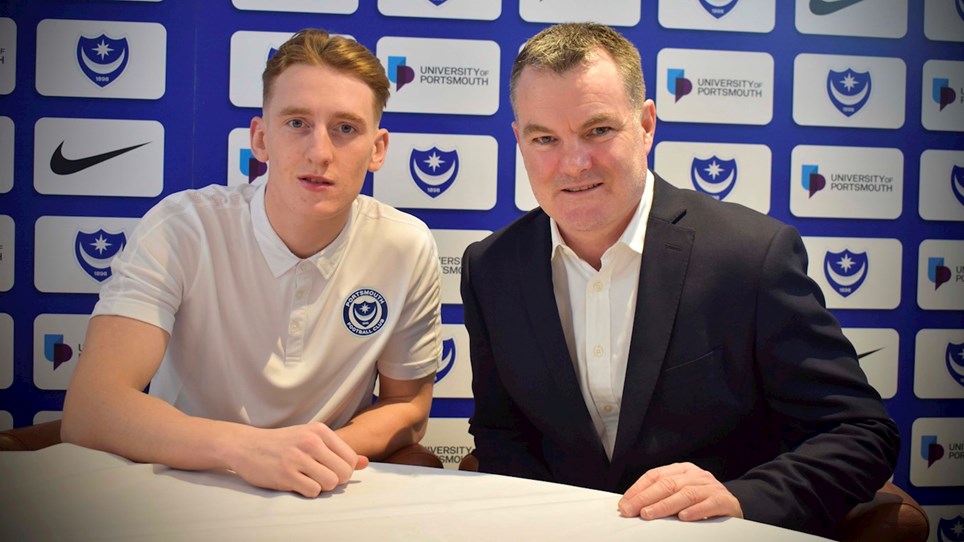 
Haji Mnoga has signed his first professional contract with Pompey.