Pompey and Tranmere have experienced contrasting fortunes at the start of 2020.

It means that the Blues are just three points adrift of the automatic promotion places and still competing in two cup competitions.

But their next opponents have yet to taste league success in this calendar year and are aiming to keep their place in the division rather than escape it.

But Micky Mellon’s men are inside the drop zone and will have to make up a six-point gap to haul their way out.

Last month saw them beat top-flight Watford to progress in the FA Cup, although they weret hrashed 6-0 by Manchester United in the next round.

It means they head into Saturday’s Prenton Park contest on the back of four successive defeats, including a 3-0 reverse on home soil against Doncaster in midweek.

And they were beaten 2-0 at Fratton Park earlier in the campaign, courtesy of goals from Ben Close and Tom Naylor. 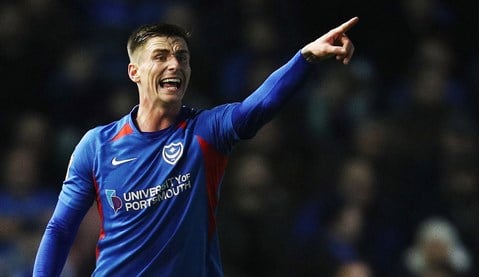 TEAM NEWS
Oli Hawkins is not available this weekend after suffering concussion in Tuesday night’s reserve game at Exeter.

There is also a doubt over defender Peter Clarke, but former Fratton loanee James Vaughan is expected to lead the line.

TICKETS
Pompey have sold their full allocation of tickets and none will be available to buy on the day of the game.

BETTING
Pompey are the 4/6 favourites with Sky Bet to secure all three points, while the hosts can be backed at 15/4.