The top of the League One table is tightly congested, with a number of clubs chasing promotion to the Championship.

Pompey are among the pack who will be looking to secure success in the second half of the 2019/20 campaign.

The quest for points briefly takes a backseat, however, with Emirates FA Cup and Leasing.com Trophy contests coming up.

It is a trip to fellow third tier side Fleetwood in the third round of the former competition on Saturday and Jackett is not taking the tie lightly.

The Blues boss said: “It will be the strongest side available and the best one for us to win the tie on the day.

“We’ve had a lot of games in a short space of time, so there is the need for some fresh energy, but we’re going there to progress in the competition.

"We have to be prepared to face a good Fleetwood side and by the time Saturday comes around, we will be."

“I feel for our supporters because it’s a long trip, but I love their commitment to the club and the fact they get behind the players.

“It’s the luck of the draw and if you want to progress to the latter rounds and get one of the big-boys, you have to come through different kinds of games.

“We have to be prepared to face a good Fleetwood side and by the time Saturday comes around, we will be.

“There are financial rewards for getting through, but – first and foremost – it’s the footballing reasons were focused on.

“It’s a fantastic competition and one we have a lot of respect for, so we’ll be committed and looking to do well.

“It’s consistency that we’re really looking for at the moment and making sure we get those finer details right.”

You can relive Pompey’s incredible 2008 FA Cup triumph with our limited edition box set, which is available to buy now from the memorabilia store.


Fans leapt from their seats and limbs went flying as the ball hit the back of the net. Jackett: A Way To Win


Pompey fans were left fearing the worst when Wetherby Park was plunged into darkness by a power failure. 
Kenny Jackett will not be looking for excuses ahead of Pompey’s Emirates FA Cup tie at Harrogate Town. 
Pompey have an FA Cup pedigree that would be the envy of many other clubs. 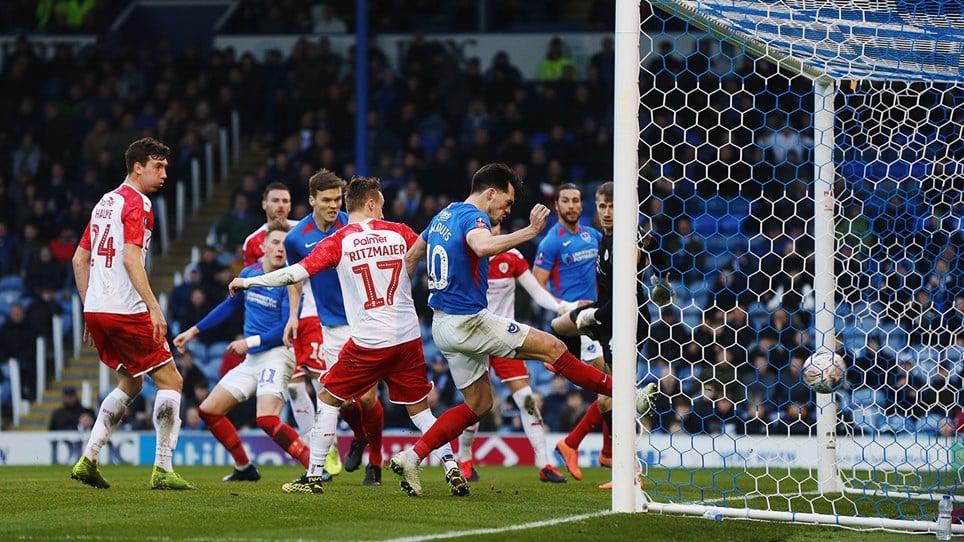