Pompey have tested themselves against two Championship opponents to prepare for the League One play-offs.

There is now just under two weeks remaining until Oxford visit an empty Fratton Park for the first leg contest.

Brentford were the latest side to help the Blues get ready for that promotion clash, with Marcus Harness on target in a 1-1 draw.

And with most of the squad getting a run-out at Griffin Park, Joe Gallen is pleased with the options that available.

Pompey’s assistant manager said: “I’ve come here over the years with teams and sometimes got a hiding. Brentford are a progressive club, with basically two sets of Championship players.

“They played on Saturday in the league and won, but still put out a very strong team against us, so we can be pleased with the scoreline and how we performed.

"We feel that whatever 11 we use, there’s another 11 behind them and it’s pretty close between them all."

“We used a number of formations to get ready for what’s going to be a very big match for us in a couple of weeks.

“We’ve been working extensively in training on various aspects of our game and we can be happy with how we’ve fared in both our friendlies.

“The confidence from that builds in our players and gives us belief we can go in different ways for the play-offs against Oxford.

“We feel that whatever 11 we use, there’s another 11 behind them and it’s pretty close between them all.

“Everyone’s fit as things stand and so there are a lot of choices for us and that builds belief in the players and staff.

“We’ll have a clear idea of where we are in the week of the Oxford game, but it’s great for us to know we’ve got a lot of back-up.”


Pompey players are used to performing in front of packed crowds at a noisy and vibrant Fratton Park.

Gallen: Let’s Get This Season Finished


Joe Gallen admits that it would be strange to see games played at an empty Fratton Park.


It is a frustrating time for football fans up and down the country, with the coronavirus pandemic seeing the season postponed. 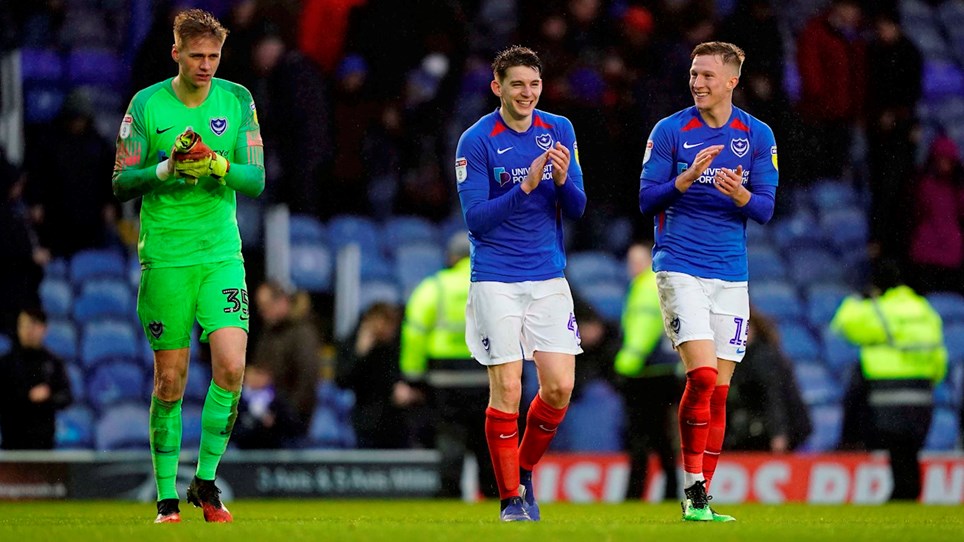