A 5.30pm kick-off on a Friday evening is already something out of the ordinary for Pompey.

But another aspect of July’s clash with Oxford in the first leg of the play-offs will provide an even stranger sensation.

When the sides take to the pitch at Fratton Park, they will not be greeted with the usual roar from the crowd.

Instead, players will be emerging to a virtually empty stadium for what is arguably the biggest game of the season.

Kenny Jackett knows they will have to get used to that and is happy with how his troops are preparing for the contest.

The Blues boss said: “The players are in good spirits and looking increasingly sharp, as we look forward to the Oxford games. What we’re trying to do on and off the ball is improving all the time.

“Brentford put out a strong side against us at the weekend and, similar to the Reading game, it was a big test.

“That’s where we all want to go. We want to be in the Championship and be competing with those clubs.

"The players are in good spirits and looking increasingly sharp, as we look forward to the Oxford games."

“We have to really stretch and test ourselves and push because when the games do come around, we have to be at full speed.

“It’s not like a normal pre-season when you’re building up for 50 or 60 games – we need to be ready from the off.

“There will be a different routine for us on the night and it’s something we’ll have to adapt to. We’ll have a number of sessions at Fratton Park.

“But you have to get used to the fact that a very atmospheric and passionate place is going to be empty.”

Bryn Morris has been plagued by injuries since arriving at Pompey in January 2019, but has featured in both pre-Oxford friendlies.

Jackett said: “Bryn had been training well before the break and is one of the players who probably benefitted from it.

“Reeco has been unlucky because his quad injury has kept him out of the two friendly games, but he’ll be back this week.

“It’s two games in quite a short space of time and we do feel that we’re going to need all of our squad.”

Pompey fans can pre-order their copy of the programme for the first leg online here.

Supporters can also take their place in the crowd by ordering a cut-out to be installed in the stands. 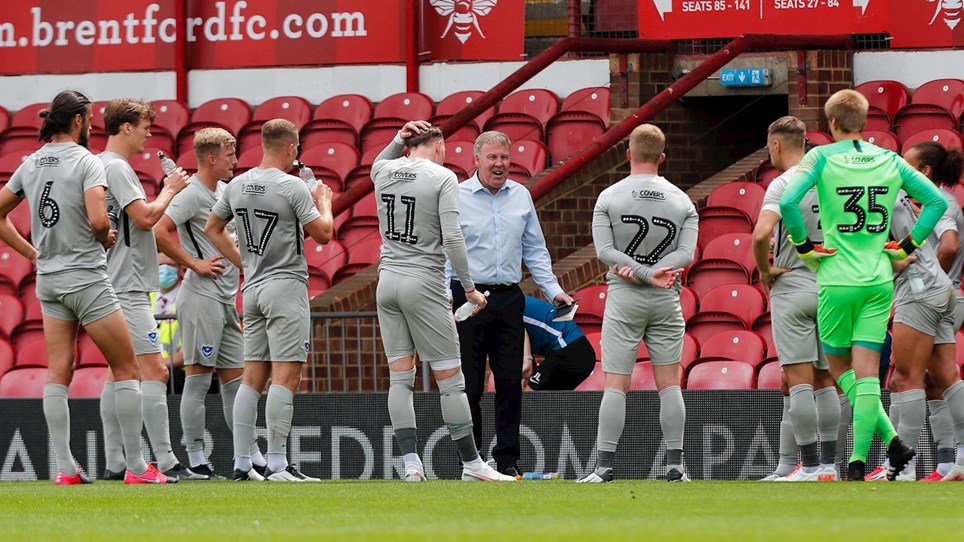