Providers of award-winning antivirus protection and back of shirt sponsor TotalAV want you to build your Digital Defence.

Your Digital Defence is made up of your favourite ever former Pompey goalkeeper, right-back, left-back and two centre-backs.

You can make your decision by clicking here and choosing your favourites from the dropdown lists.

The Digital Defence nominees are those that used to play for the club, with league champions, FA Cup winners and cult heroes among those you can choose from.

All entrants will go into a draw to win one year of TotalAV's award-winning antivirus protection and a football signed by the Pompey team.

You can find out more about TotalAV and how you can defend your own devices against viruses by clicking here. Compatible with iOS, Android, Windows and Mac devices, the software is able to protect all major personal devices.

Not sure who to choose? Let our short bios on each player help.

Ernie Butler – Ever present in the two title-winning seasons in 1949 and 1950, Bath-born Butler’s claim to be Pompey’s greatest goalie is undisputed surely?

Shaka Hislop – A title winner in 2003, the safe hands of Hislop guided Pompey to the Premier League. How good was that? Good enough to be in goal for you?

David James – Not many have kept goal for England at a World Cup while playing for Pompey. In fact only James has. And he won the FA Cup in 2008 too. Best-ever? Can’t be far away... 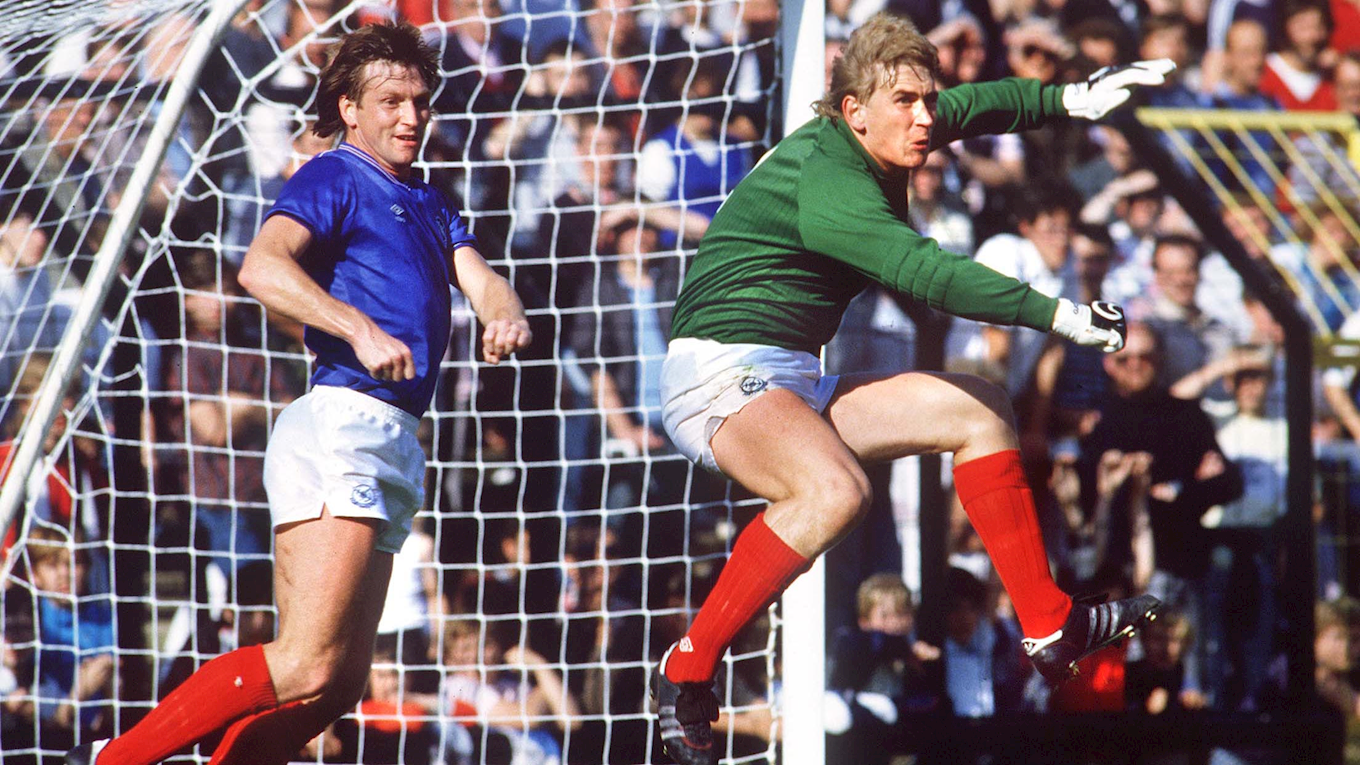 Alan Knight – What more can you say? 801 games and four decades of playing service. Knight knows better than most what it takes to be a Pompey legend. But is he Pompey’s best ever ‘keeper?

John Milkins – Nearly 15 years at Fratton Park, with more than 300 games in goal, Brylcreemed Milkins is arguably a contender to be our best-ever goalkeeper?

Norman Uprichard - A Northern Ireland international and World Cup participant in 1958, Uprichard was a fearless keeper who played nearly 200 games. As good as they get?

Glen Johnson – An England international in his Pompey prime and an FA Cup winner in 2008, Johnson’s seat at Pompey’s top right-back table is assured. Or perhaps you think differently? 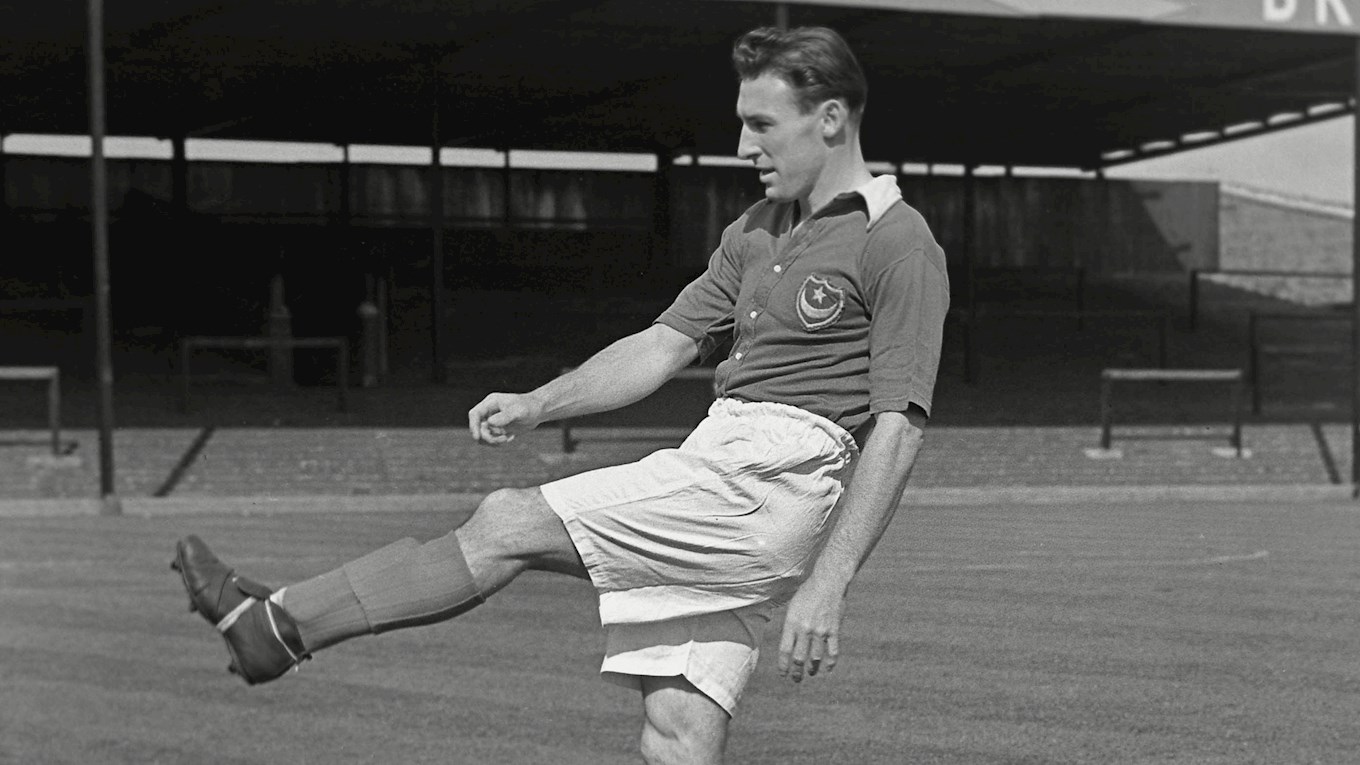 Phil Rookes – A stalwart defender in the championship-winning teams, Rookes might have done even more had it not been for the second world war. A contender for our best-right back? Certainly.

Jimmy Stephen – Capped by Scotland, Stephen was a solid first division right-back, who never let the Blues down. He could play there in a best-ever Blues team?

John Beresford – Flight of foot and fancy with it, Beresford was a class act after moving from Barnsley in a big-money move. An FA Cup semi-finalist in 1992, his claim can’t be denied, can it?

Harry Ferrier – Tough tackling and a stalwart of two top flight title-winning teams in 1949 and 1950, Ferrier is up there with the best of them, but is he the best-ever

Hermann Hreiðarsson – If it’s not at left-back, Hreiðarsson could crop up anywhere else on the field and make a claim to be one of Pompey’s best-ever. He’s got to be in the team, hasn't he?

Enda Stevens – The 2017 championship winner and Republic of Ireland international brought verve to Paul Cook’s side and is now showing his class in the top flight. Stevens is a decent shout surely for best left back?

Matt Taylor – A defender who can defend and score goals, what’s not to like about 2003 title winner Taylor? Surely you can’t see past him for this left-back slot?

Alex Wilson – A Scotland international and with more than 350 games for the Blues, flexible full-back Wilson played in the top flight for Pompey, so is surely a shoe-in as our best left-back?

Steve Aizlewood – Welshman Aizlewood was the teak-hard centre half at the heart of Pompey’s promotion-winning teams from 1980 and 1983. Always in the wars and never missing in action. A must surely?

Andy Awford – One of Pompey’s youngest debutants, Awford was arguably one of the club’s brightest prospects until injury cut short his development. In his prime he was one of the best.

Noel Blake – Many strikers tried to get the better of Noel Blake, but few succeeded. The rock on which Pompey’s 1987 promotion-winning team was anchored. If you don’t pick him, I’m not telling him... 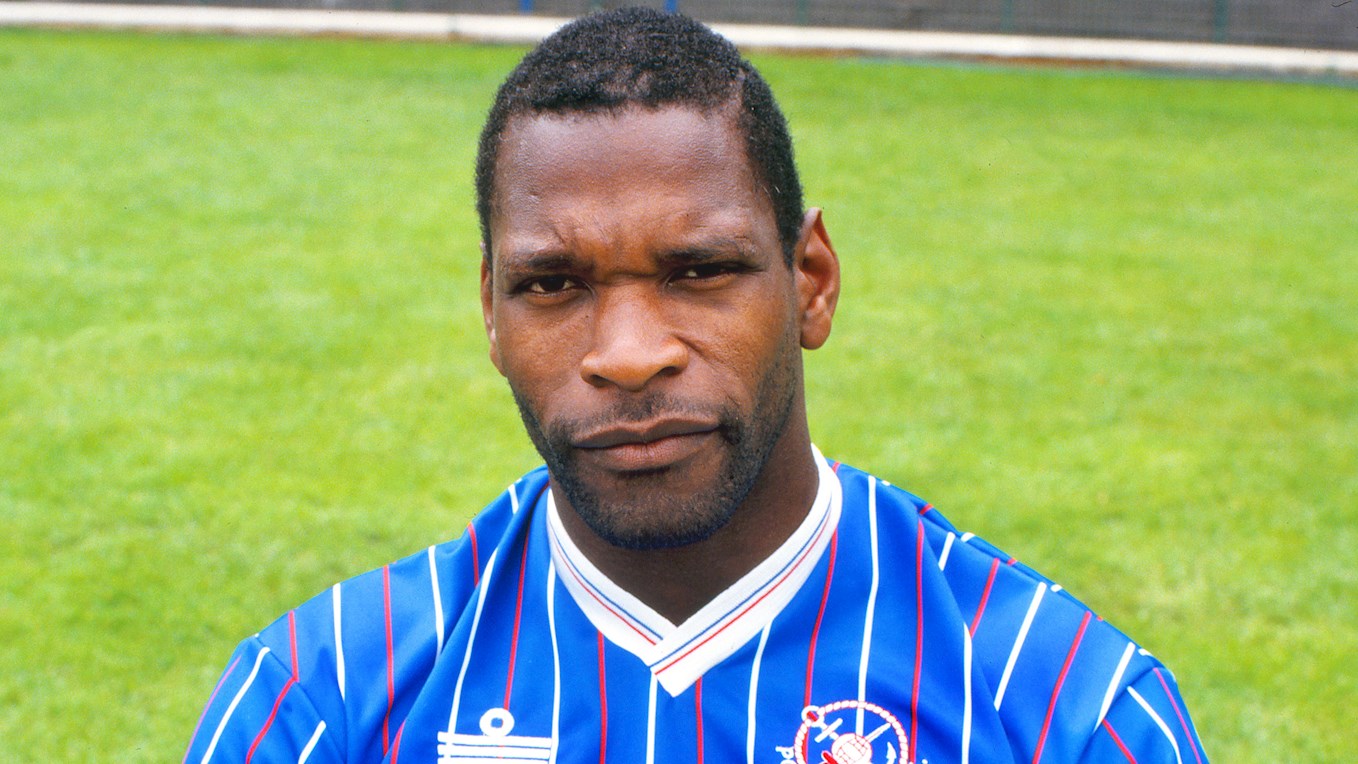 Christian Burgess – One of the biggest fans’ favourites of recent years, Burgess made more than 200 appearances over fives season for the Blues. He has a League Two promotion and EFL Trophy to his name but also a place in the heart of many Pompey fans.

Sol Campbell – Past his best when he arrived at Pompey, some say, but an FA Cup winners’ medal and a clutch more England caps would say Campbell was as good as we’ve ever had…

Matt Clarke – At the heart of Paul Cook’s title-winning team and a Wembley winner with Pompey, Clarke is now showing his Premier League potential. Got to be in contention for top dog?

Sylvain Distin – Winning the FA Cup with Pompey was the highlight of Distin’s playing career and his cultured defending makes him one of our best, if not the best…

Reg Flewin – Captain of the 1949 and 1950 championship winning teams, Flewin might not have earned international honours, but is there any greater accolade than being a two-times champion?

Steve Foster – Portsmouth-born and bred, Foster was converted from a striker to a centre back by the club in the 1970s. A commanding defender, he would play for England in the World Cup in Spain in 1982. Surely you can't ignore him? 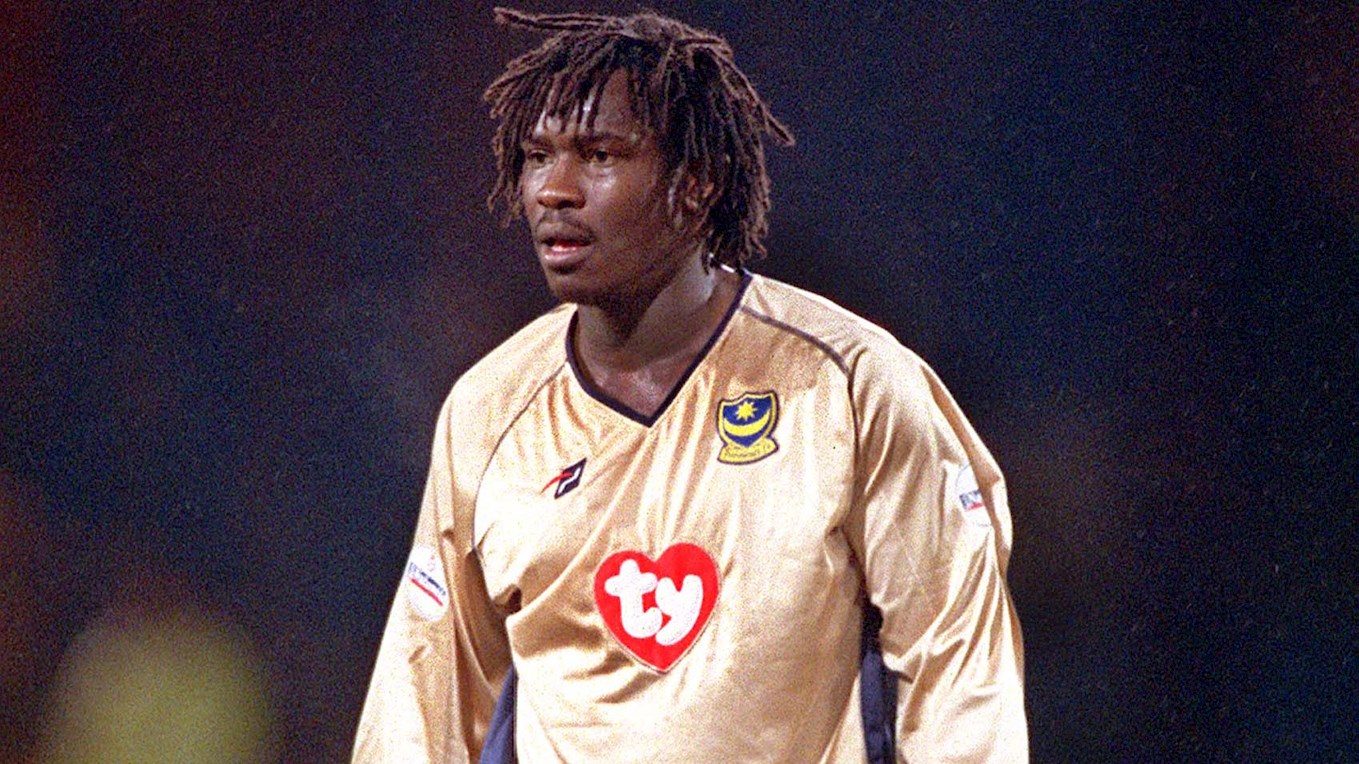 Billy Gilbert – The former Crystal Palace defender, while cultured on the ball, he would take no prisoners either. Another stalwart of the 1987 promotion team. Gilbert and Blakey come as a pair surely?

Linvoy Primus – A Pompey legend, Primus went from bit-part player to first team regular in the Premier League, snuffing out the best. Surely he makes the cut?

Dejan Stefanovic – An intelligent footballer, who was rarely flustered, Stefanovic was without peer as Pompey established themselves in the Premier League. He can’t be ignored…

Kit Symons – Welsh international Symons was wise beyond his years at the heart of Jim Smith’s fledgling team which reached the FA Cup semi-finals in 1992. A worthy contender.

Arjan de Zeeuw – A big man and even bigger hearted, de Zeeuw was the colossus at the heart of the defence which ran away with the league in 2003. A class act in the top-flight, too! 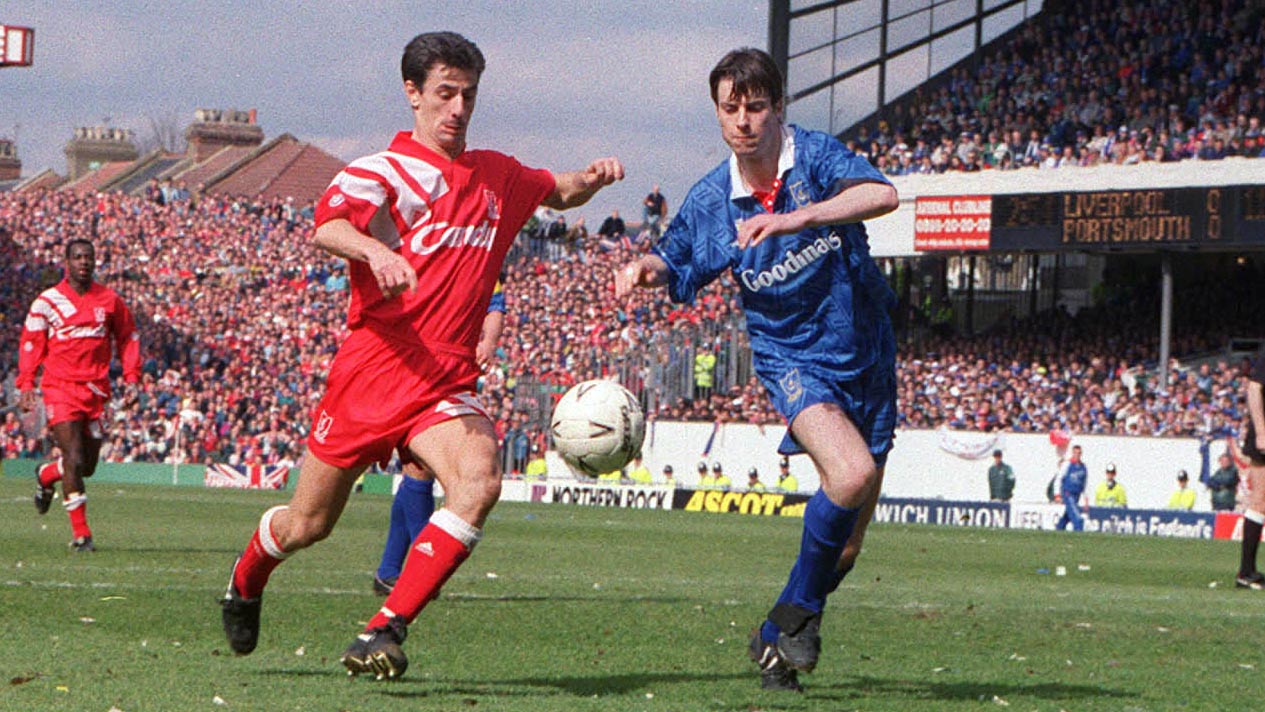