Kenny Jackett will put his faith in Pompey’s young players against West Ham U21s this evening.

The Hammers are heading to Fratton Park in the final round of Papa John’s Trophy group stage fixtures (7pm kick-off).

Both sides have already qualified for the next round of the competition, although top spot is still up for grabs.

Jackett believes it will be a useful exercise for some of the club’s future stars and hopes they can shine.

The Blues boss said: “It’s an opportunity to give some of our youngsters a chance, along with a few of the senior boys who haven’t been playing.

"We’ve already qualified from our group in this competition, so the timing is right to give the young players a run-out."

“So it will be a very youthful side for us on Tuesday and we do need to see how they can perform a Fratton Park.

“West Ham have a very strong under-23 set-up this season, so it’s definitely going to be a tough game.

“But we’re looking forward to assessing how our players do as they look to break into the first team group.

“There’s gap of nine days between going to Ipswich and our next league match at Plymouth and the break is good for us.

“We’ve already qualified from our group in this competition, so the timing is right to give the young players a run-out.

“There’s also the likes of Alex Bass, who have trained a lot with limited game time and we feel they can blend in with those more in experienced guys in the team.

“Their attitude and fitness have been first class. They’re pushing – and will continue to do so – for a first team shirt.”

Andy Cannon limped off the pitch during Pompey’s Emirates FA Cup victory over Ipswich at the weekend.

Jackett said: “He should be out for about two or three weeks with a groin injury, but both Lee Brown and Jack Whatmough are progressing well.

“They will be the first two back for us – probably around the time of the Crewe and Oxford home games.” 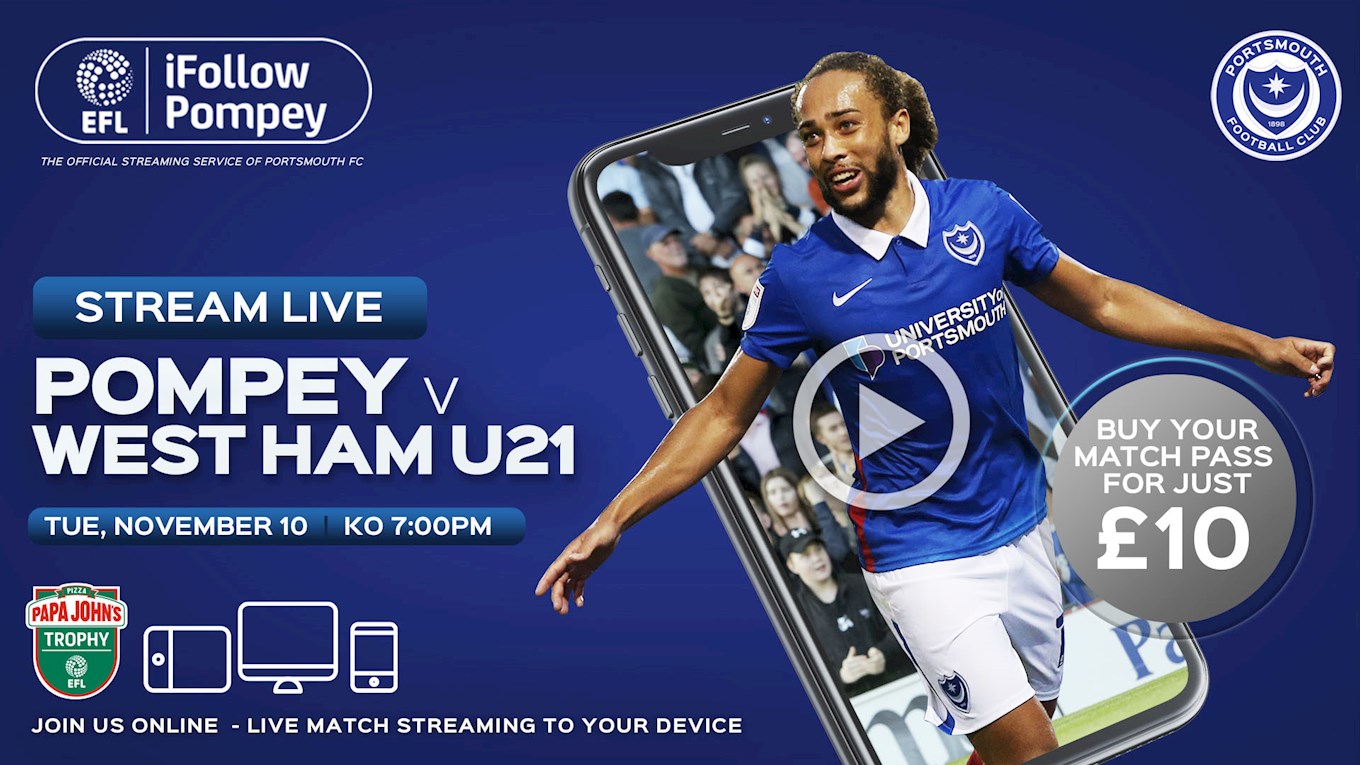