Pompey have enjoyed some memorable runs in the Emirates FA Cup over the past couple of seasons.

Championship sides Norwich and Barnsley have been overcome, with the latter success securing a fifth round clash with Arsenal last term.

But Kenny Jackett’s side could not have asked for a much tougher test to start their adventure in the 2020/21 competition.

They travel to an Ipswich side who are currently sitting in second position in the early League One standings.

And while the quest for points remains the priority, Jackett is hoping his side can continue their fine away form when they visit Portman Road.

The Blues boss said: “It’s possibly the biggest tie of the round and it’s certainly a game that we’re looking forward to – we want to have another good cup run.

“Winning is always a positive habit to get into if you can and it will certainly help everyone’s confidence.

"We’ll be treating it as a normal league match and seeing how far we can progress in the competition."

“Ipswich have made a fantastic start to the season and are currently above us in the league, so of course it’s going to be a difficult game.

“We’ll be treating it as a normal league match and seeing how far we can progress in the competition.

“So we want to give a good account of ourselves on the day, although I won’t risk any players in terms of injuries or fatigue.”

Lee Brown will be missing after hurting his hamstring shortly before the start of Tuesday evening’s win at Lincoln.

Jackett said: “He’ll be out for around two or three weeks. He felt it in the warm-up and made the right decision because it’s not something you can shake off.

“We have no other new issues, which is good news because we’re in a tough run of games and there’s been a lot of travelling.

“Tom Naylor was feeling both of calves at Lincoln and cramped up, but he was okay on Thursday morning.

“We’ve got Lee, Michael Jacobs and Jack Whatmough out at the moment and you don’t want to see that creeping up. You particularly want to avoid muscle injuries.” 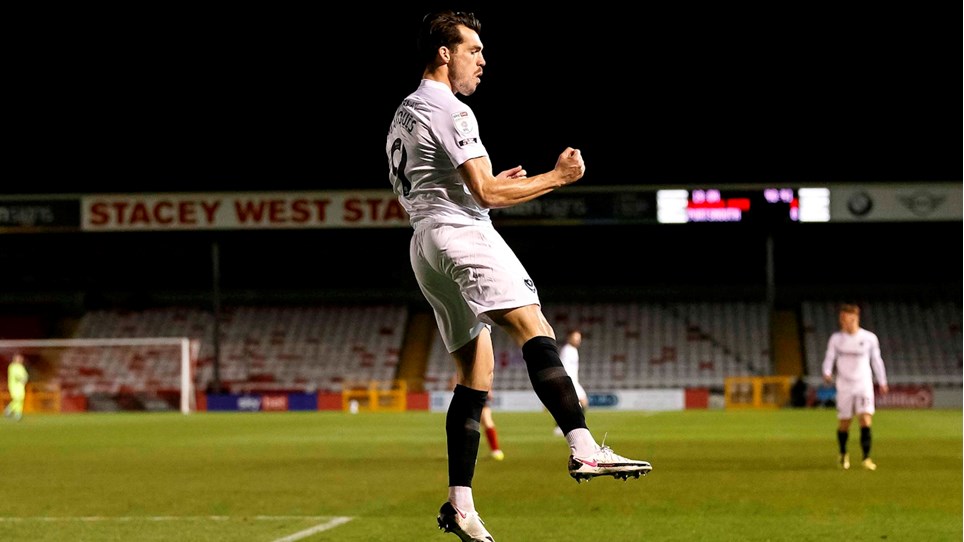 
Kenny Jackett has named a strong side for Pompey's Emirates FA Cup tie at Ipswich.