The battle for League One promotion takes a step back this weekend, as the Emirates FA Cup takes the spotlight.

Pompey will aim to avoid a giant-killing when they take on King’s Lynn at Fratton Park on Saturday (3pm kick-off).

The visitors are currently sitting 13th in the fifth tier standings and have won their past two matches against Dover and Barnet.

And they have already shocked one EFL outfit to get to this stage of the cup, with Sonny Carey’s late strike seeing off Port Vale.

The Linnets received a bye to avoid having to take part in the final qualifying round after Covid cases caused Notts County to pull out of the competition.

Their next opponents were only formed in 2010 after the old King’s Lynn FC were wound up at the High Court the previous year.

TEAM NEWS
Michael Jacobs (knee) is the only player missing for Pompey and Kenny Jackett has promised to name a strong side.

The visitors are without injured full-back Aaron Jones, while striker Kairo Mitchell is cup-tied, but Michael Gash could feature for the first time this season after recovering from pancreatitis.

HEAD TO HEAD
This will be the first competitive meeting between the sides. 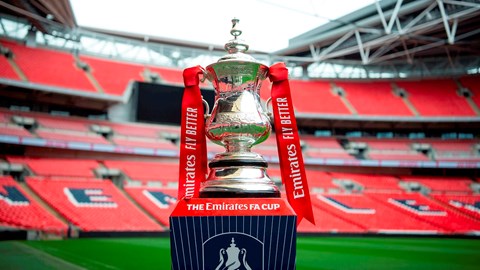 The game cannot be viewed on iFollow, but subscribers can listen to live commentary from Andrew Moon and Alan McLoughlin by signing into their account and visiting the match centre from 2pm.

BETTING
Pompey are the 1/4 favourites with Sky Bet to secure the victory, while the visitors can be backed at 17/2.