Portsmouth Football Club are currently preparing for the return of 2,000 supporters for the League One match against Peterborough on Saturday, December 5 (3pm kick-off).

The final plans for allowing a limited number of fans back into the stadium have been submitted to the Safety Advisory Group and are currently under review, with a final decision hopefully being made early this week.

If these are approved then fans will be seated – in socially distanced fashion – in both tiers of the North Stand, as well as the Fratton End and Milton End.

Any supporter attending Fratton Park will need to adhere to government guidelines and a new 'Code of Conduct', which will be announced shortly.

Fans will be expected to follow social distancing guidelines, use the hand sanitiser stations around the ground and wear a face mask at all times when they are not sat in their seats.

Following a random draw, this game has been allocated to flexi-season ticket holders in groups 'C' and 'M', as well as members from group '3'. 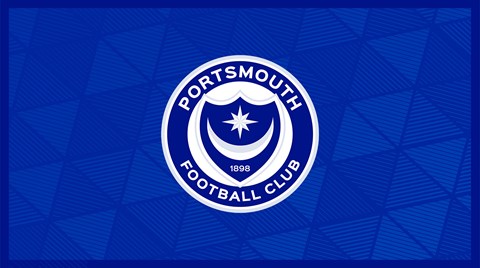 If any tickets remain following this process, then they will be made available to all flexi-season ticket holders on a first come, first served basis.

With around 14,000 flexi-season tickets and memberships sold, and only 2,000 tickets available, there is, unfortunately, no way to satisfy the demand of all supporters who wish to attend games at this present time.

The club have discussed various options relating to how these limited number of tickets are allocated and have tried to be as fair as possible to give all flexi-season ticket holders and members a chance to attend on an equitable basis.

As always, we appreciate the continued support and patience of our fans during this difficult period.

*Phone sales on 0345 646 1898 (option one) are for supporters who require assistance or do not have internet access. All other tickets should be bought online.

The ticket office at the club will not be open for supporters to visit.

Click here for a guide on how to buy tickets online.

Supporters will not receive a paper ticket or use a season ticket card. Instead, they will use a mobile ticket on their smartphone or print their ticket from home. Tickets will contain both a barcode and QR code to scan at the turnstiles.

Please note that there will be no facility for the club to reprint any tickets on the day of the game.

Disabled Supporters
Wheelchair supporters will be contacted directly by the club to purchase tickets for games on a rotational basis.

Please note that there will be reduced wheelchair spaces available for the Peterborough game. The club are in the process of getting a new elevated wheelchair viewing platform constructed, which will allow more spaces for supporters who require wheelchair access.

Ambulant supporters in eligible flexi-season ticket holder/membership groups should contact the ticket office directly on 0345 646 1898 (option one) from 9am on Wednesday, December 2.

*Includes an assistant if on the highest rate of DLA or PIP.