Pompey will be looking to prove they can perform as well at Fratton Park as they can on the road when they host Northampton this evening (7.45pm kick-off).

Kenny Jackett’s fifth-placed side go into the contest on the back of successive away victories at Gillingham and Sunderland.

But they have lost two of their four League One fixtures on home soil so far this season – including a narrow defeat to Doncaster in their last south coast outing.

The Blues’ opponents tonight are sitting down in 19th position, having collected seven points from eight games.

Keith Curle’s Cobblers were beaten 2-0 by Charlton at Sixfields Stadium at the weekend and their only away success came at Shrewsbury more than a month ago.

Northampton occupied the final play-off position when the 2019/20 League Two season was halted back in March.

It looked like their promotion dreams were over after losing 2-0 to Cheltenham in the first leg, but they turned the tie around and then thrashed Exeter 4-0 at an empty Wembley.

The sides met in the EFL Trophy last term, with Leon Maloney and Marcus Harness on target in a 2-1 Pompey win.

And it was 3-1 to the Blues at Fratton Park – courtesy of Oli Hawkins’ brace and a Matty Kennedy strike – in the most recent league clash in December 2017.

TEAM NEWS
Michael Jacobs is set to be out until at least the end of November with a knee problem, while tonight’s game might come too soon for Ellis Harrison (hamstring).

Recent arrival Jordy Hiwula is still waiting to make his Blues bow after sitting on the bench at Sunderland.

Northampton are without Joseph Mills (ankle), Joe Nuttall (knee) and Scott Pollock (groin), who have all undergone surgery.

VIEW FROM THE DRESSING ROOM
Read the thoughts of Kenny Jackett and Marcus Harness ahead of the game. 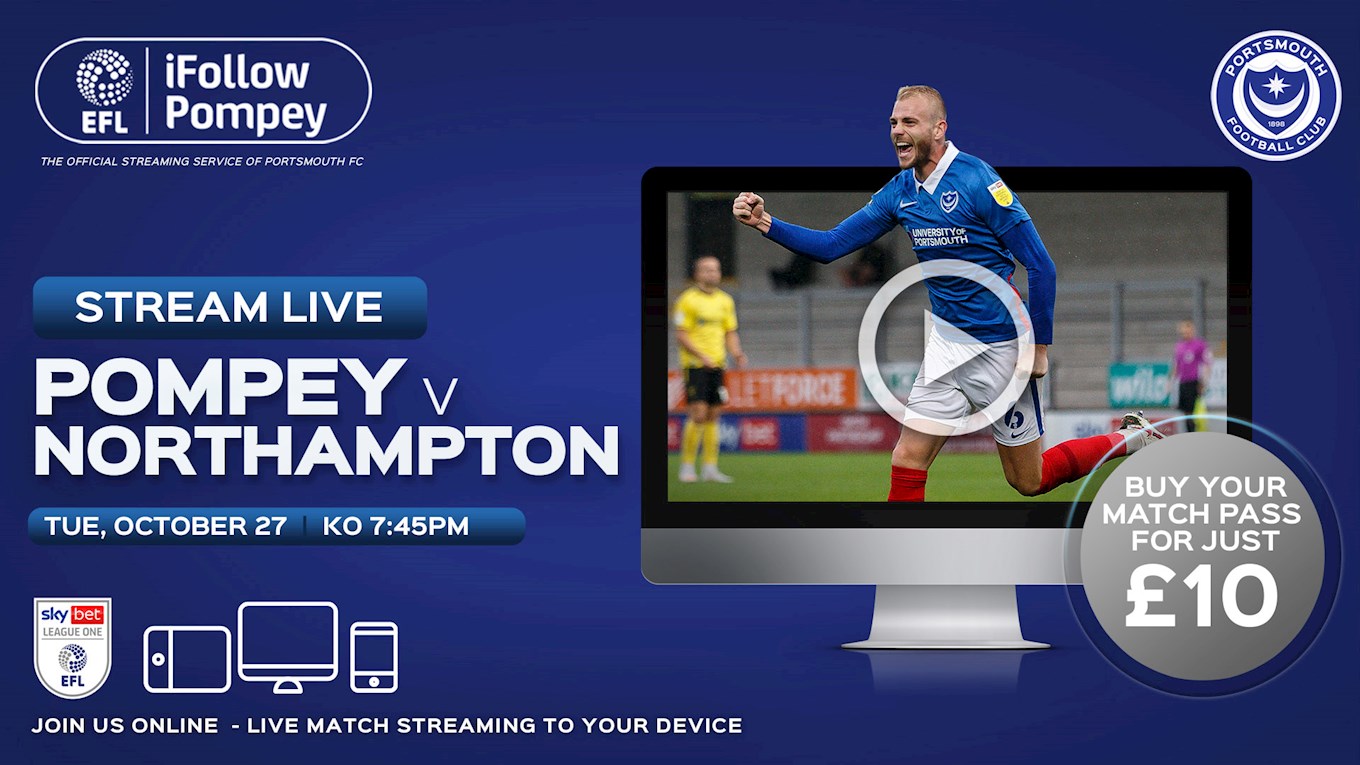 BETTING
Pompey are the 4/11 favourites with Sky Bet to secure all three points, while the visitors can be backed at 6/1.