Portsmouth FC are partnering with Kick It Out and Facebook to launch a programme that will deliver anti-discrimination education directly to fans, focusing on local schools, young people and supporters' groups.

The programme aims to de-normalise low level discriminatory language and empower silent bystanders to callout discrimination wherever they see it.

The pilot programme, created by HOPE Not Hate, a Charitable Trust that works in the UK to build communities and celebrate shared identities, will be delivered initially through community and fan initiatives.

The England national teams and Derby County have also signed up to the programme.

The ambition is to roll the programme out more broadly, reaching millions of fans over the next few years.

Clare Martin, CEO of Pompey in the Community (PitC), said: "Portsmouth Football Club is a central part of our city and its community.

"It’s vital that everyone feels safe and welcome at Fratton Park. This programme will help give everyone a voice and help us all to be part of the change.

"Together we all must Take a Stand against discrimination and hate to create an environment where everyone feels valued."

"This programme will help give everyone a voice and help us all to be part of the change. Together we all must Take a Stand against discrimination and hate to create an environment where everyone feels valued."

The activity is part of Take A Stand, a new Kick It Out initiative empowering fans to call out discrimination wherever they see it.

Most football fans will have witnessed some form of discrimination in football – on the terraces, in dressing rooms or on social media – but rarely do fans feel they have the confidence to challenge it.

To support the activity delivered directly to fans, Facebook and Kick It Out are also launching a new anti-discrimination toolkit, accessible through an automated Whataspp messaging service.

By adding 07432 140 310 to your WhatsApp contacts, and messaging 'hi', fans will be sent a menu of educational content and resources from Kick it Out, The FA, HOPE Not Hate and other footballing partners.

This service is an easily accessible way to learn more about tackling discrimination or the ways you can report it.

When fans can safely return to stadiums, we’ll launch a new automated messenger service, where people can report matchday discrimination direct to Kick It Out.

This report delivers the key information directly to Kick It Out’s reporting team, who can act upon it immediately with the relevant authorities. This new solution is fan-friendly and avoids the issue of poor quality wi-fi in stadiums.

Steve Hatch, Facebook’s vice president for Northern Europe said: "Facebook and Instagram are where fans come to connect directly with their favourite players, teams and other fans and we want that to do without discrimination or abuse. We can all do something to take a stand against hate and promote a more inclusive society.

“By equipping fans with the right tools, empowering them with the right education, and raising the level of conversation around discrimination in football, we can create an environment in which silence is replaced by action and play our part in supporting the goals of Kick it Out.”

🔈We’re excited to announce the launch of our new campaign #TakeAStand. We want you to join us and take action in the fight against discrimination. Find out more 👉🏾 https://t.co/GqoUDZky3X pic.twitter.com/YqLP91pn97


Sanjay Bhandari, Kick It Out Chair, added: "Our Take A Stand campaign aims to tackle discrimination, but also create a culture where everyone belongs and individuals take personal responsibility for being part of the change.

"We can all do something to take a stand against hate and promote a more inclusive society. Our ambition is to turn bystanders into activists and to crowdsource solutions by capturing pledges of individual action.

“We want to use those pledges that we receive from the public and organisations, to turn them into insight and make anti-discrimination strategies better informed by understanding more about what people are doing on the ground.

"We know that social media can be a battleground of hate, which is why we’re working closely with Facebook and Twitter to improve that through looking at better regulation and enforcement, as well as updated and new reporting methods.”

Through Take a Stand the ambition is to create a culture where individuals take personal responsibility for being part of the change.

Fans, players, CEOs, governing bodies, social media organisations, we all need to work together to make a change, and with the right tools, everyone on and off the pitch can Take a Stand against hate and discrimination. 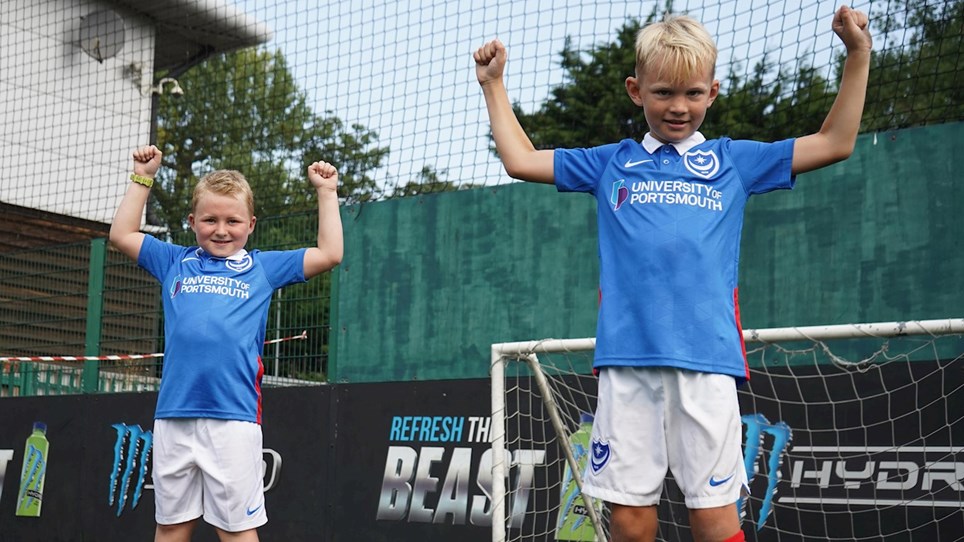 
Are you stuck for something for your child to do during the October half-term? 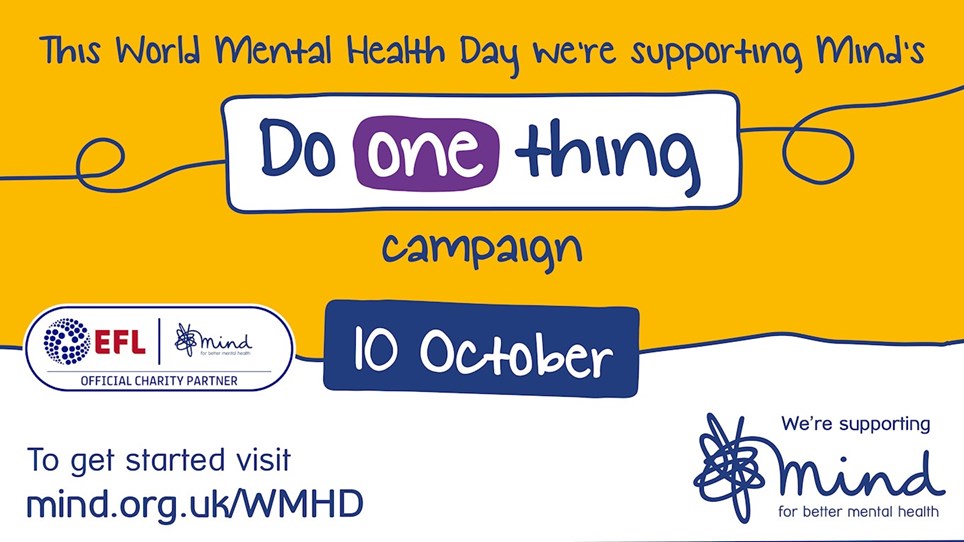 'Do One Thing' This World Mental Health Day


The EFL and its clubs will once again come together with charity partner Mind to collectively mark World Mental Health Day on Saturday, October 10. 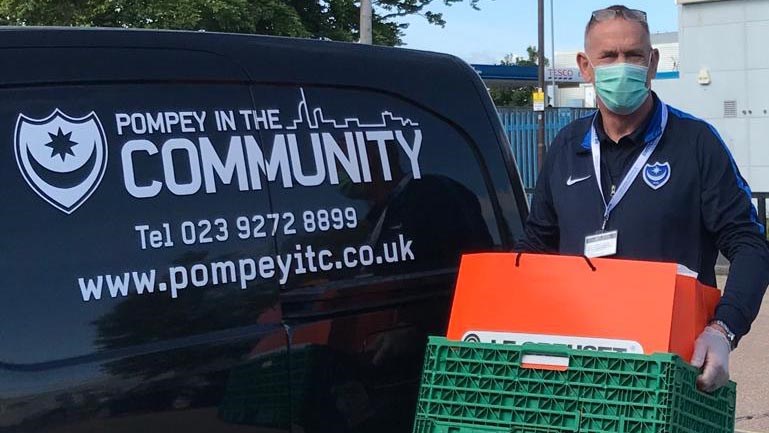 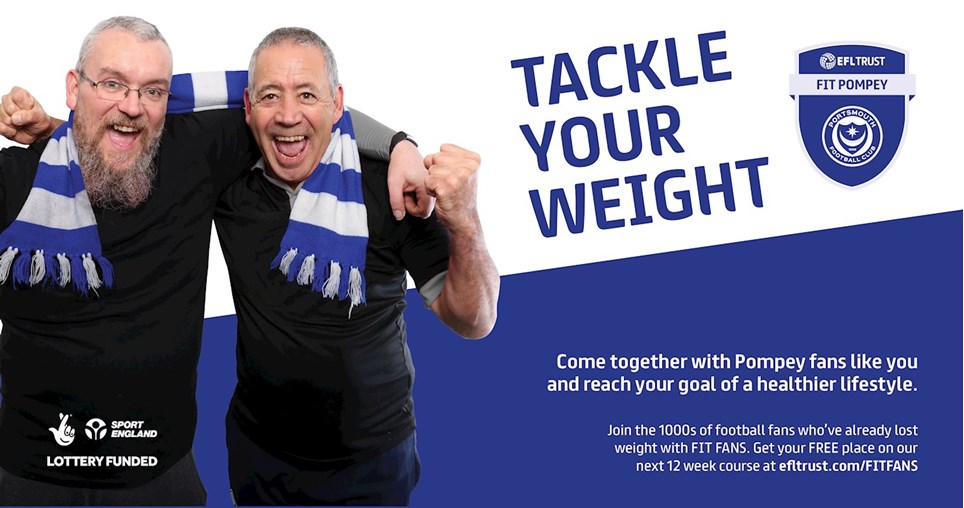 Pompey in the Community Helping Fans Get Healthier


Pompey in the Community (PitC) are inviting fans to tackle their weight, get healthier and be happier by joining FIT FANS – a free 12-week programme at the Pompey Study Centre.