It was not the way Tom Naylor would have wanted to bring up a century of appearances for Pompey.

But the skipper was not totally disappointed with their performance in a Carabao Cup defeat at top-flight Brighton.

Alexis Mac Allister netted for the hosts in a fairly even first half, while Alireza Jahanbakhsh, Bernardo and Viktor Gyokeres put the second round contest to bed.

Naylor knew it was going to be tough against Premier League opponents, but believes there were positive signs.

The midfielder said: “Their strengths are always going to be massive – no matter what squad they put out.

“But I don’t think the scoreline reflected the way we played and we actually did quite well in the first half.

"We knew it was going to be a possession game for them and that was something we discussed beforehand."

“We passed the ball around nicely for a lot of the game and it was just a case of a few errors costing us.

“Once Brighton got their second goal after the break, their tails were up and we did switch off at times.

“We knew it was going to be a possession game for them and that was something we discussed beforehand.

“They are a Premier League side and are going to be stronger side than us, which showed in the second half.

“But they didn’t play through us at all before the break and there are things we can definitely take heart from.

“We’re disappointed to lose, but have to keep our heads up and be ready to go again at Rochdale on Sunday.” 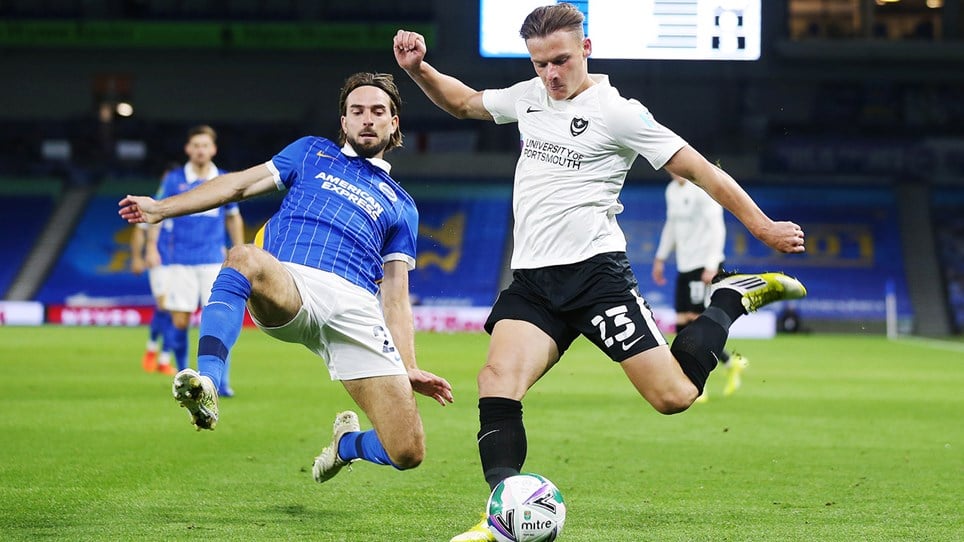