There are three games remaining for Pompey to nab a play-off spot – and two of them are against Accrington.

The first fixture in that double bill takes place at the Crown Ground this evening (7pm kick-off), with a frozen pitch stopping it from taking place as originally scheduled back in January.

Back then, the Blues were in contention for automatic promotion, while Stanley were sitting just outside the top six.

Both sides have had to readjust their ambitions since, however, with tonight’s hosts now down in 12th position.

The play-offs are not mathematically impossible for John Coleman’s side, although bridging the six-point gap seems unlikely.

And they showed they still have plenty of fight left, battling back from 2-0 and 3-2 down to snatch a 3-3 draw at Sunderland on Saturday.

Whatever happens in their final three fixtures, Accrington have still managed to – once again – defy expectations, having been named as one of the favourites for the drop last summer.

Pompey will not have fond memories of their most recent trip to the Crown Ground, having slumped to a 4-1 defeat last term.

Lee Brown could make his return from a hamstring injury, but Alex Bass (foot), Ellis Harrison (knee), Jordy Hiwula (ankle) and Michael Jacobs (knee) are all out.

Pompey will also have to do without Jack Whatmough, who serves the third of a four-match ban for his red card at MK Dons.

The visitors will have to be way of striker Dion Charles, who has struck 20 times so far this term, while defender Ross Sykes is injured.

VIEW FROM THE DRESSING ROOM
Read the thoughts of Danny Cowley and George Byers ahead of the game. 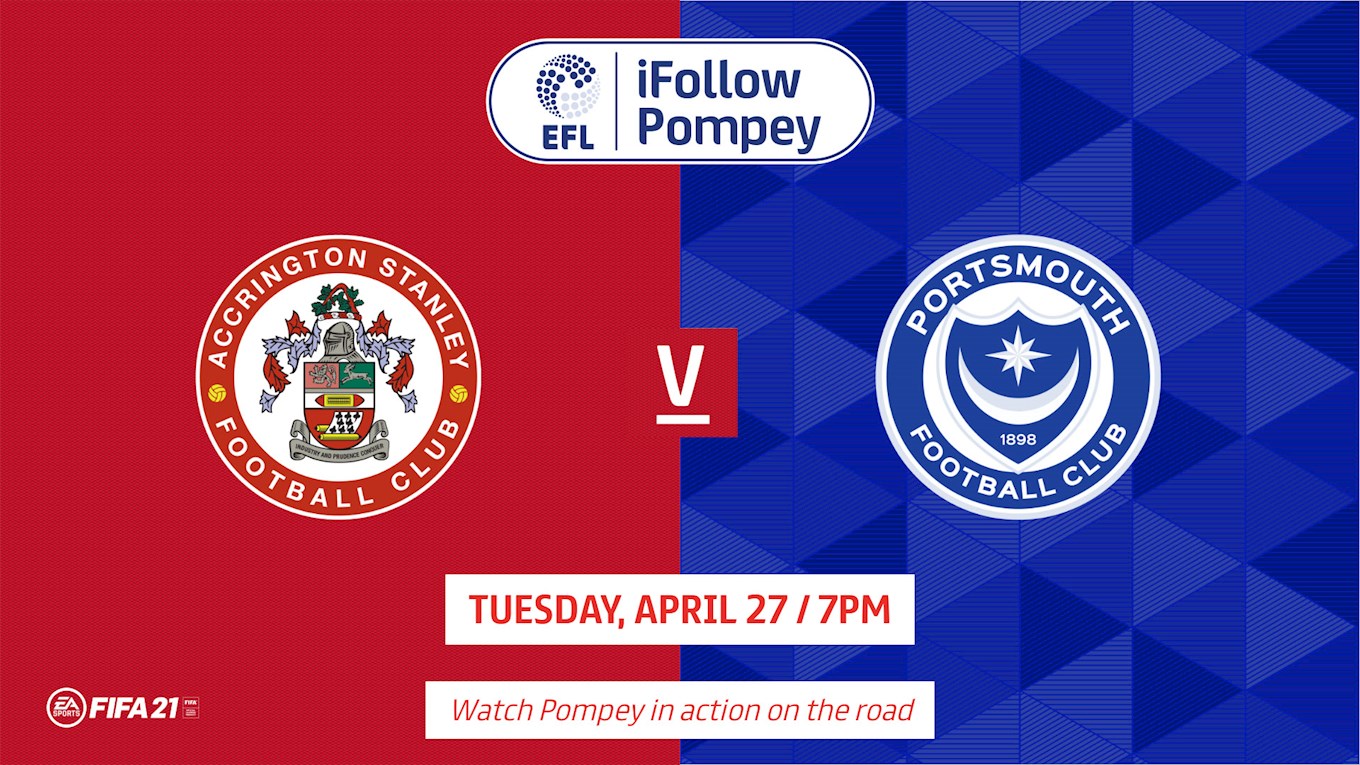 BETTING
Pompey are the 23/20 favourites with VBET to secure all three points, while the hosts can be backed at 5/2.