With Pompey sat just inside the play-off places and a mere six games remaining, there is plenty to play for.

Danny Cowley’s men will be hoping to get enough points on the board to extend their campaign by at least two more matches.

Meanwhile, it is almost certain that their opponents on Saturday (12.30pm kick-off) will be playing League One football again next term.

MK Dons are safe from the drop in 14th spot and, barring an unlikely set of results, not going to climb into the top six.

But that represents progress for the men from Buckinghamshire, who were in the drop zone when Russell Martin replaced Paul Tisdale as manager a few months into last season.

Like the Blues, they recently enjoyed a four-match winning run, but have collected a solitary point from the past three games.

They were most recently in action on Tuesday evening, suffering a 4-0 defeat at promotion-chasing Lincoln.

Pompey were beaten 3-1 at Stadium MK last term, but goals from Tom Naylor and Ellis Harrison secured a 2-1 triumph when the sides met at Fratton Park back in October.

MK Dons defender Warren O’Hora is expected to miss the final weeks of the season with a foot injury, while Cameron Jerome and Louis Thompson are also unlikely to feature on Saturday.

VIEW FROM THE DRESSING ROOM
Read the thoughts of Danny Cowley and Andy Cannon ahead of the game. 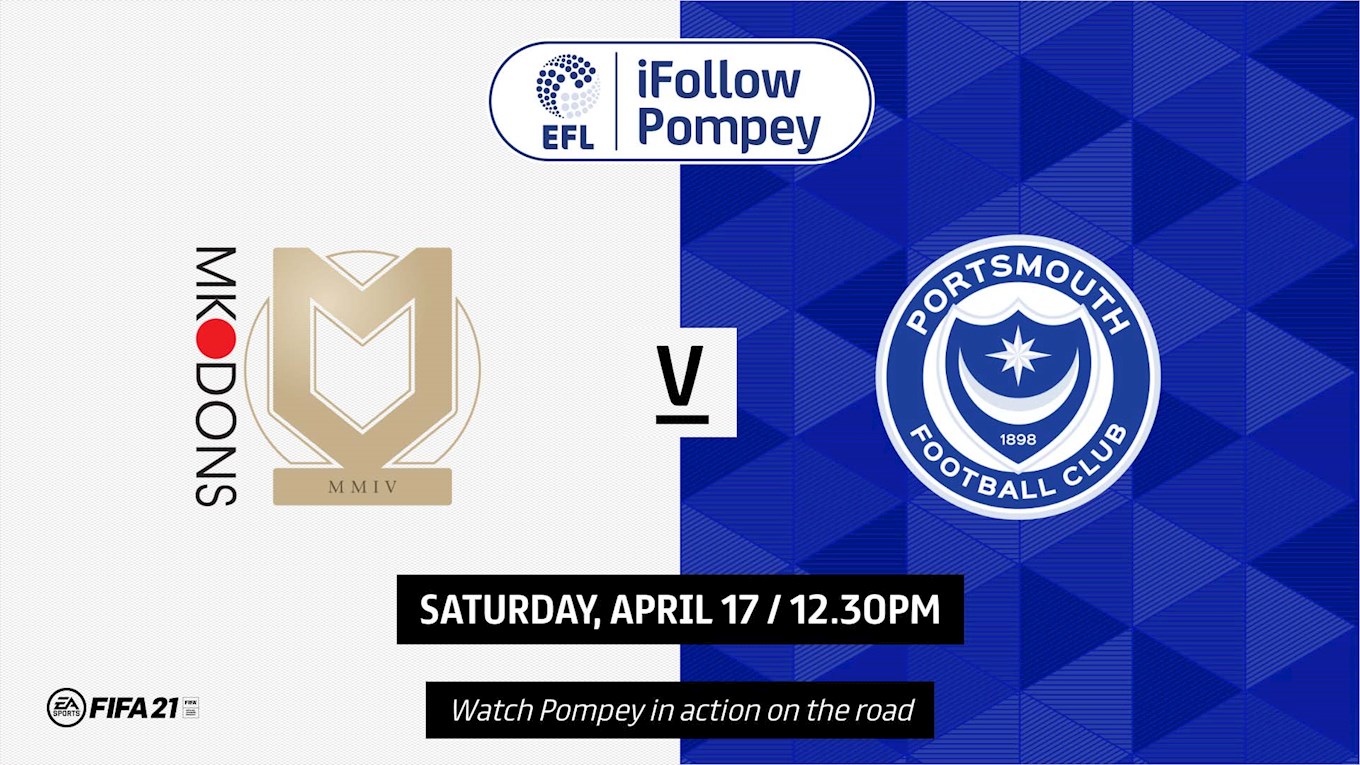 BETTING
Pompey are the 7/5 favourites with VBET to secure all three points, while the hosts can be backed at 21/10.

ALSO IN LEAGUE ONE
Games kick-off at 12.30pm unless stated