Pompey will be launching ‘Fratton LIVE’ – set against the backdrop of Fratton Park – ahead of Saturday’s fixture against Bristol Rovers (1pm kick-off).

With games still being played behind closed doors, the show will allow fans to enjoy all the pre-match build-up from the comfort of their own home.

It will be broadcast live on the club’s official YouTube channel from 12.10pm on Saturday.

Host Lloyd Ashton will be joined by Blues legend Alan Knight, with the show being developed in partnership with students from the University of Portsmouth.

You will be to hear the thoughts of head coach Danny Cowley and a member of the playing squad, while we’ll also bring you the line-ups and all the key news leading up to kick-off.

What’s more, you can also get involved by sending in your matchday messages using the hashtag #FrattonLive – with the best messages of support read out on the show.

Once the show is over, fans can watch the game live on iFollow, which includes fantastic four-camera coverage, as well as graphics, replays and BBC Radio Solent commentary. Click here to secure your match pass for just £10. 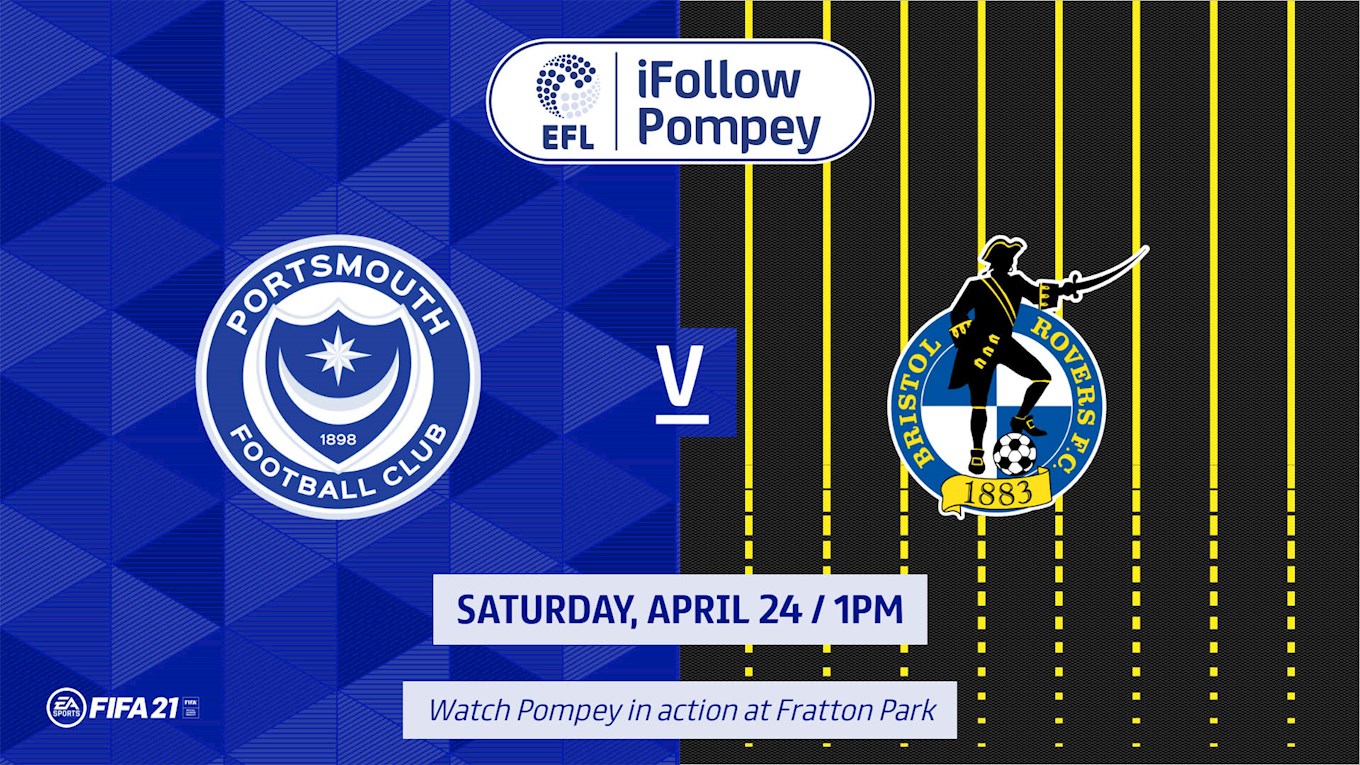