A fine goal from Reeco Hackett-Fairchild and a solid display against Championship opponents ensured there were positives for Danny Cowley to take.

He watched his side take the lead at Millwall in the opening stages of a Carabao Cup first round contest.

The hosts recovered from that setback, however, and Scott Malone and George Saville both found the target before the break to settle the tie.

What did upset Cowley, however, was the decision to send off Callum Johnson for an alleged dangerous tackle soon after the interval.

The Blues boss said: “It was a valiant loss I suppose – but I’m not really into those. They never usually do too much for me.

“I am proud of our players, though, because we had a brilliant start, controlled that part of the game and looked a real threat offensively.

“It was certainly a better performance than on Saturday, with Shaun Williams looking more familiar with that midfield role.

“I thought he was great and it was brilliant when he came off and got the applause from both sets of supporters.

"We were on the front foot and then the referee makes a bizarre decision."

“But we lost our way a bit towards the middle of the first half and conceded two goals in quick succession.

“I thought we recovered from that and started well after the break. We were on the front foot and then the referee makes a bizarre decision.

“He’s a good official, but Gary Rowett next to me said: ‘Wow.’ You can argue it might be a foul, but it’s not a booking, let alone a sending off.

“Callum apologised to the group after the game, but he didn’t have to and we’ll look to get that rescinded.”

It was an impressive strike from Hackett-Fairchild to open both the scoring and also his personal goal account for Pompey.

Cowley said: “There were loads of positives from young Reeco and with that performance, he looked like a Championship player. Now he has to back that up and do it regularly.

“He was really direct and a handful. He’s tactically a bright boy and when you’re coaching, you only have to tell him once.

“The way we play is probably against his natural behaviours and we’ve tried to add aggression to his game against the ball.

“Nothing makes me happier than when you give a young player that opportunity and he thrives with it.”


Pompey switch their attention from the battle for points to the quest for Carabao Cup progress this evening. 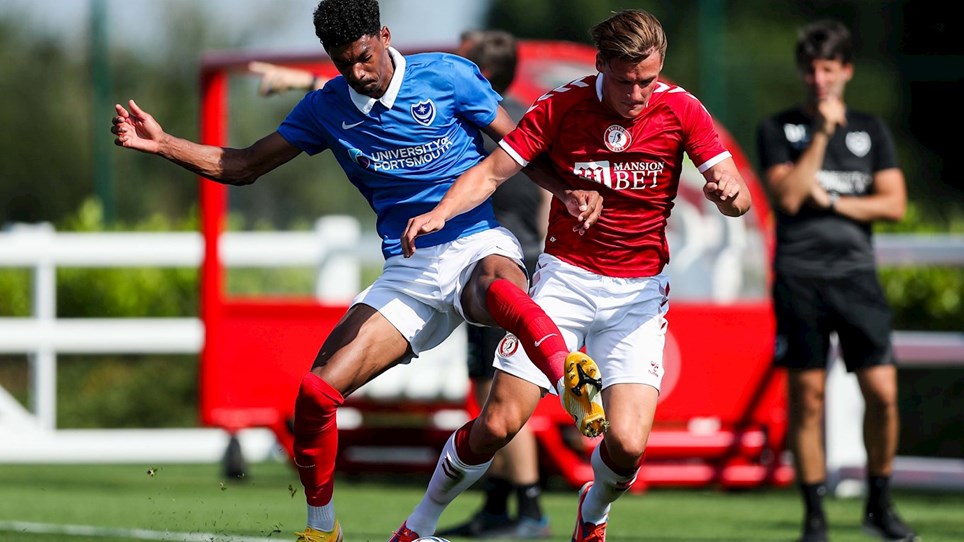