Pompey will look to bring their fine away form back to Fratton Park when they host Plymouth this weekend.

Kenny Jackett’s side have been beaten just once on the road this season, but have as many losses – five – as they do wins on home soil.

Their next opponents, meanwhile, have tasted success just twice outside of Devon in the third tier, but both of those triumphs came recently.

In fact, victories at Sunderland and Swindon were Argyle’s two most recent away fixtures and form part of an unbeaten league start to 2021.

It has seen Ryan Lowe’s men climb up to 14th in the standings, although they are still 10 points behind the Blues having played one match more.

Since losing at home to Oxford just after Christmas, their only reverse was at top-flight Sheffield United in the fourth round of the FA Cup.

The Pilgrims claimed the final automatic promotion spot from League Two last term, sitting in third position when the action was halted by Covid-19 in March.

Pompey are unbeaten in the past seven meetings between the side, with Ronan Curtis’ brace and a Jamal Lowe strike securing a 3-0 win in the most recent Fratton fixture in September 2018.

But the spoils were shared at Home Park back earlier in the current campaign, as John Marquis and Tom Naylor found the target in a televised 2-2 draw.

But Ben Close should be available for selection again after returning to training following a hamstring injury.

Plymouth will be without George Cooper (knee) and Lewis Macleod (ankle), as well as skipper Gary Sawyer (ankle). 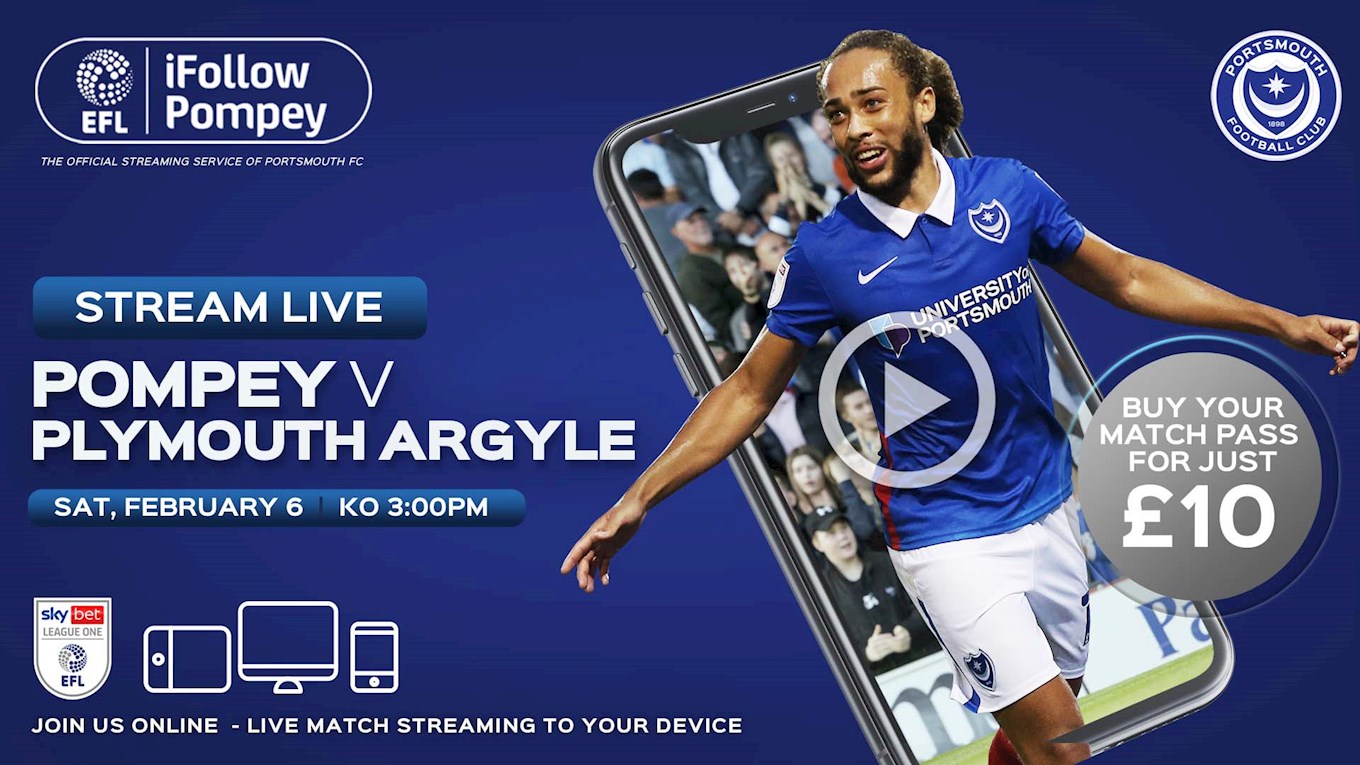 BETTING
Pompey are the 8/11 favourites with VBET to secure all three points, while the visitors can be backed at 15/4.