Pompey head to Fleetwood on the back of successive cup defeats at Bristol City and Peterborough.

But now the focus switches back to the battle for points after almost a full month without a League One game.

They went top of the table following victory at Hull before Christmas and despite some sides playing four fixtures since, have only dropped to third spot.

Now, with a hectic schedule to negotiate, Kenny Jackett is looking for his troops to quicky return to winning ways.

The Blues boss said: “The priority for us will always be the league – and it has never been any different.

“But that doesn’t stop us trying to progress in the cup competitions, so we’re disappointed and were slightly unlucky at Bristol City.

“It was more of a disjointed team on Tuesday night and there were too many players who haven’t had enough football, partly due to Covid.

“Now we have to look forward and not let those results affect us a group because the games are now coming thick and fast.

"The priority for us will always be the league – and it has never been any different."

“That will be the case now for a number of weeks. It’s a great period for us and one we’re really looking forward to.

“There are some really big matches and we have to respond positively in order to make the most of the opportunity.”

This weekend sees Pompey facing a Fleetwood side who have slipped to 11th spot following three successive draws.

Jackett said: “Joey Barton has obviously left and he’s someone I’ve got a lot of time for, having coached him as a player.

“He did well at Fleetwood, but we know they’re still a very good team who are going to provide us with a real test.

“There have been several games against them over the past few years and they’ve always been really tight contests.

“We can win if we get our game right, but we’ll pay them the respect they deserve. We’re never arrogant, but have plenty of belief.”

Pompey will be missing Republic of Ireland international Ronan Curtis, who is still isolating after testing positive for Covid-19.

Jackett said: “Ronan won’t be available for training until Sunday and so isn’t going to be travelling to Fleetwood, although he’s feeling okay.

“Alex Bass has a calf injury that will keep him out for a few weeks and Paul Downing is having a scan on his hamstring, but otherwise we’re okay and that’s good news.” 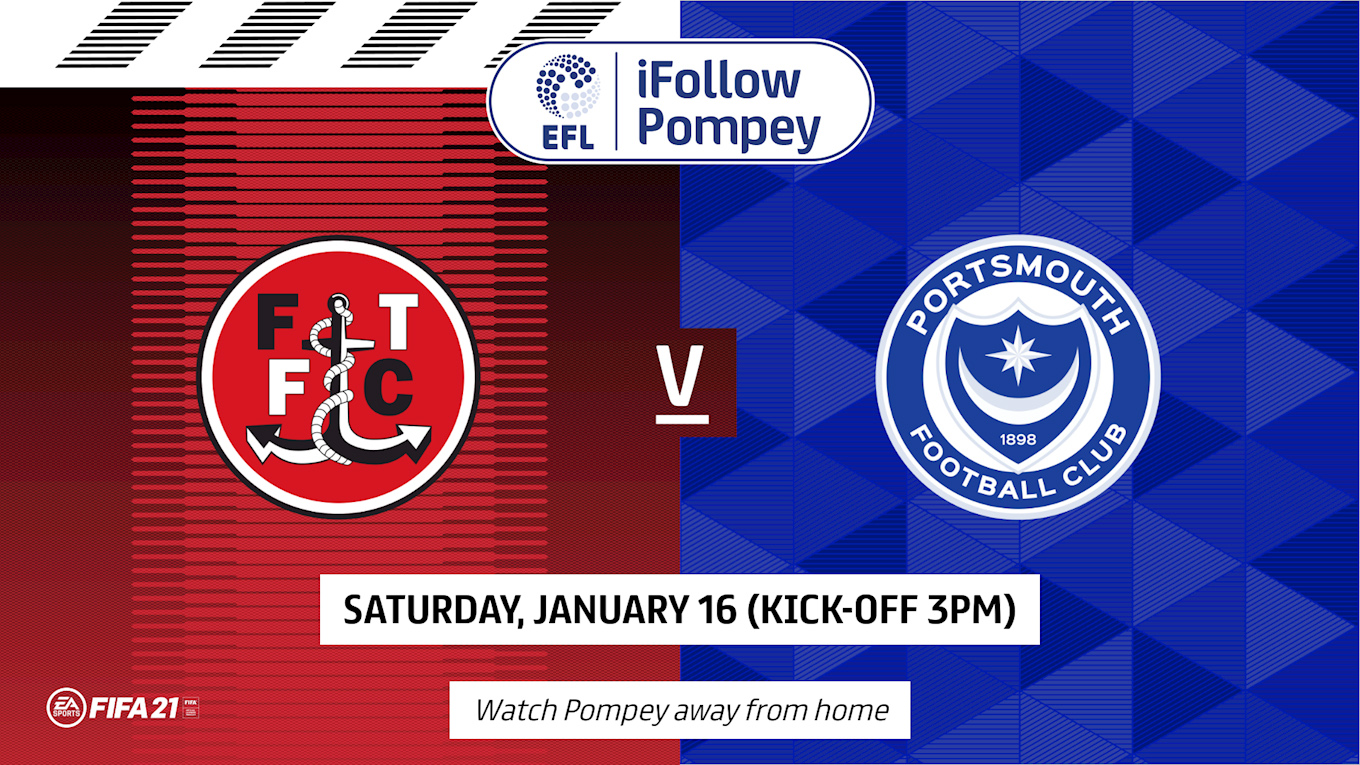