After exiting one cup competition at the weekend, Pompey will now try to progress in another this evening.

Kenny Jackett’s side were arguably unfortunate to lose at Championship side Bristol City in the FA Cup at the weekend.

And the Blues will be keen not to relinquish their grip on the EFL Trophy when they travel to Peterborough (7pm kick-off).

You have to go back to January 2018 to find the last time the club were knocked out of this competition.

Since that defeat to Chelsea’s youngsters, they beat Sunderland on penalties to win the 2019/20 silverware at Wembley.

And, of course, we are still waiting to discover a rearranged date for last season’s showpiece against Salford.

Peterborough – who are two points below Pompey in the League One standings – finished runners-up to Cambridge in Southern Group H.

And they made it to the third round by easing to a 3-0 victory over West Ham U21s at London Road last month.

Posh – who beat Chesterfield in the 2014 final – were defeated 2-0 at Fratton Park in the league last month.

And the only previous meeting between the sides in this competition was two years ago, when David Wheeler’s late goal settled a quarter-final contest in Pompey’s favour.

If tonight’s contest finishes all square after 90 minutes, then the tie will be settled by a penalty shoot-out.

TEAM NEWS
Pompey are expected to make multiple changes for the game, with those who started at Bristol City on Sunday likely to be rested.

Alex Bass (calf) is the only injured member of the squad, although Haji Mnoga is suspended and Ronan Curtis missed the Ashton Gate trip through illness.

Joe Ward will make his return from knee surgery against the Blues, but Ronnie Edwards is self-isolating.

Former Pompey defender Nathan Thompson can feature for the hosts, as the ban for his recent red card only applies to league fixtures.

However, because this will not sync up with the iFollow video stream, supporters watching the game will only hear ambient stadium noise. Alternatively, they can use the settings cog to switch to local Peterborough commentary. 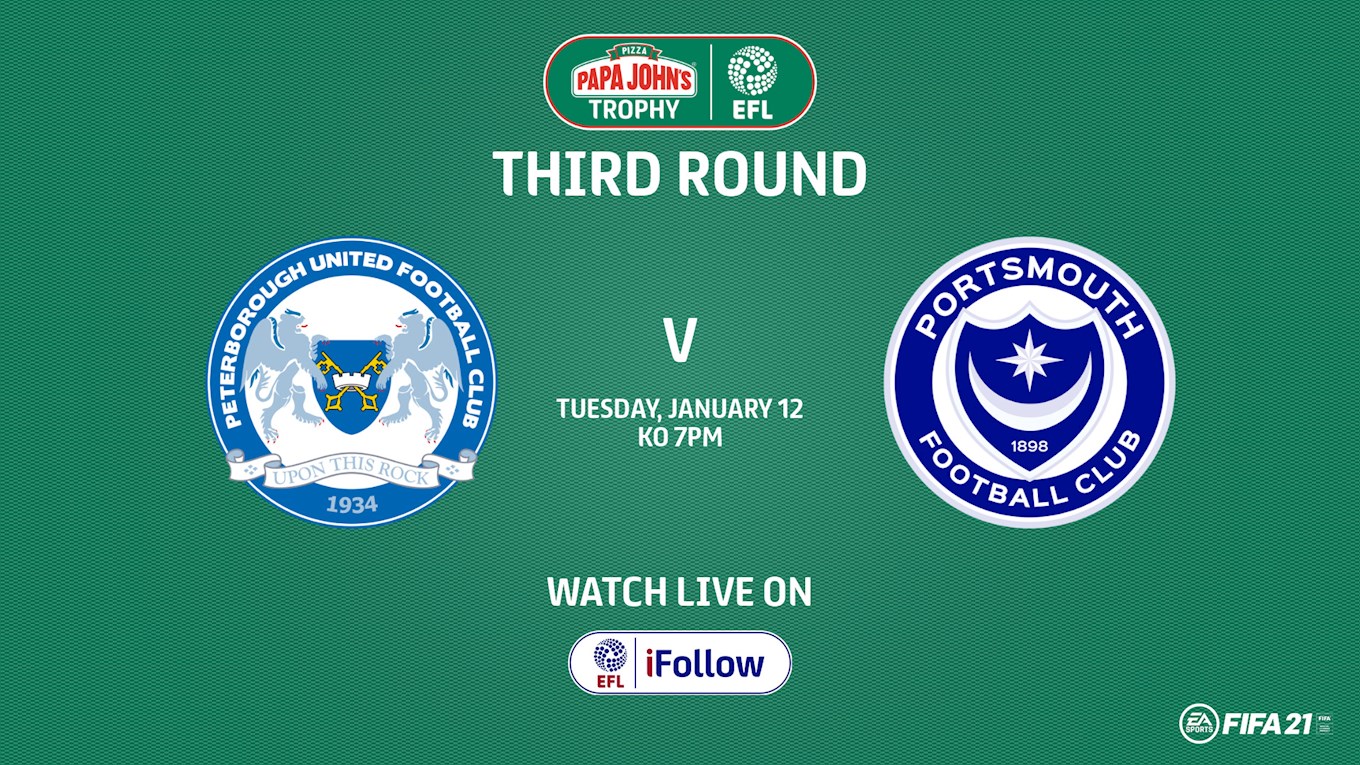 BETTING
Peterborough are the 8/11 favourites with VBET to reach the next round, while Pompey can be backed at 20/21.