Victory over Hull could see Pompey replace their opponents at the top of the League One table.

No, you haven’t travelled back in time five weeks – once again that is the situation facing the Blues ahead of a clash with the Tigers.

Kenny Jackett’s side won 2-0 at the KCOM Stadium before Christmas, courtesy of own-goals from Jacob Greaves and Josh Magennis.

It was a result that ensured they reached the summit, although a raft of postponements allowed City to reclaim that position.

Three points on Saturday – this time at Fratton Park – would not necessarily see the pair swap places, as Lincoln would also need to drop points at home to Northampton.

But it would be another instance of Pompey beating one of their promotion rivals, with Peterborough, Ipswich and Fleetwood also having been accounted for in recent weeks.

Hull finished bottom of the Championship last season, despite sitting just outside the play-off spots midway through the campaign.

But they won just once in the final 20 fixtures and were thrashed 8-0 at Wigan before defeat to Cardiff on the final day sealed their fate.

The last meeting between the sides at Fratton Park came in the second tier during the 2011/12 season, with Chris Maguire and Joel Ward on target in a 2-0 triumph for the hosts.

Hull will be without Tom Eaves (calf), Callum Jones (hamstring) and Martin Samuelsen (calf) for their trip to the south coast. 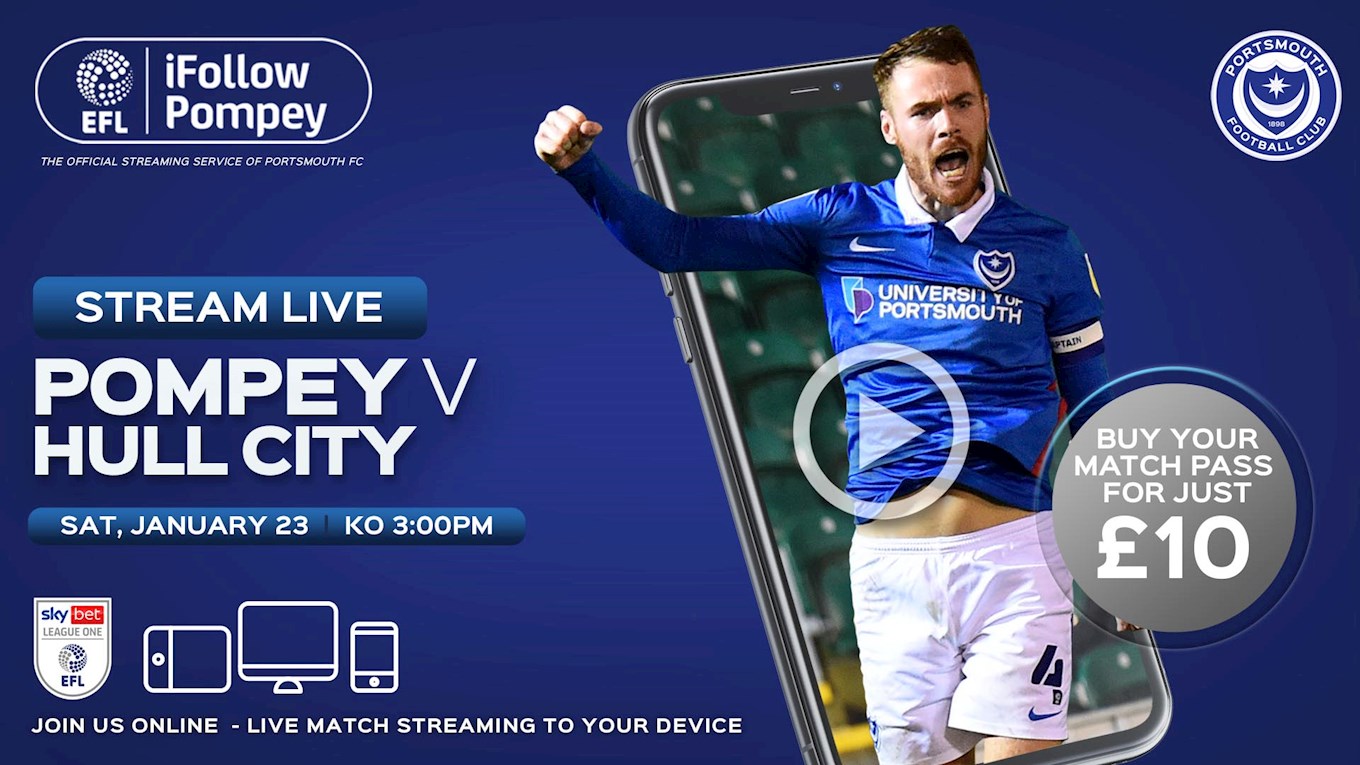 BETTING
Pompey are the 6/4 favourites with VBET to secure all three points, while the visitors can be backed at 2/1.