It is something of a rarity for Pompey during this most congested of League One seasons.

But the side have had a whole week to prepare for Saturday’s trip to Shrewsbury, with no midweek fixture to negotiate first.

Instead, the players were able to spend the past few days honing their game-plan at the club’s Copnor training base.

And that has been a welcome boon for new head coach Danny Cowley, as he looks to mould the squad he inherited seven days ago.

The Blues boss said: “It’s come at the perfect moment for us to spend some more time with the players, building relationships and a level of trust.

“Once they know that you’ve got their best interests at heart, you can really start to coach and help them.

“The first process is building respect and hopefully we’ve started to do that, but it’s been great to be out on the grass with them.

“We’re trying to pick the areas that will give us the biggest wins in the short-term and we’ve done some good work.

“We’re looking to get a little bit more control and rhythm in our performances, as well as moving the ball quicker.

“Our aim is always to play fast, attacking, progressive and exciting football, so we’re working towards that and this time on the training pitch is invaluable.

"Once they know that you’ve got their best interests at heart, you can really start to coach and help them."

“The attitude and application of the players has been absolutely first class – they’re a really humble and down to earth group.”

Shrewsbury have climbed away from relegation danger since the appointment of Steve Cotterill back in November.

And that is despite the former Pompey manager having two spells in hospital after testing positive for Covid-19.

Cowley said: “On behalf of everyone at Portsmouth Football Club, I’d like to wish good health to Steve. I can only imagine what he’s been through in recent times.

“It’s a credit to him, as well as his staff and players, that they’ve performed as well as they have in challenging circumstances.

“We will respect our opponents in each of these next 11 games and Shrewsbury have beaten some big teams.

“But we’ll always set our side out to try to win and let’s put all our energy and focus into what we can control.”

Callum Johnson is getting closer to a return for Pompey, but Saturday’s game is likely to come too soon for John Marquis.

Cowley said: “Callum has trained this week, which is fantastic news for us because we love how dynamic he is.

“We’ll have to wait and see with John because, unfortunately, he hasn’t been able to get back out there yet.” 
Danny Cowley had described Pompey’s performance in their Easter Monday win at Wigan as ‘tired’. 
Danny Cowley is not prepared to bask in his excellent start to life as Pompey’s new head coach. 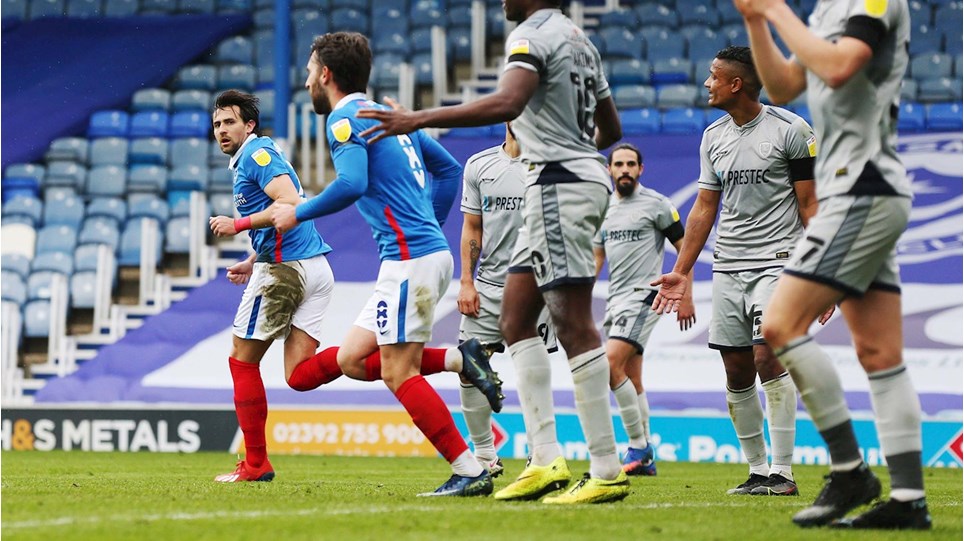