Pompey’s recent underwhelming Fratton form means they are probably pleased to now have successive games on the road.

Ahead of a trip to struggling Northampton at the weekend, Kenny Jackett’s side face fellow promotion chasers Doncaster this evening.

The Blues have three more points and are two places higher in the standings than their sixth-placed opponents.

Rovers do have two games in hand, however, as both sides try to close the gap on Lincoln in second spot.

The hosts were in fine form heading into February, but have failed to win any of their past five fixtures and collected a single point in the process.

They were defeated 2-1 at Ipswich on Saturday, which followed a battling 3-3 draw with Hull in their most recent Keepmoat Stadium contest.

And Doncaster were dealt a further blow when boss Darren Moore – a former Pompey defender – left to take charge of Sheffield Wednesday on Monday.

Veteran defender Andy Butler has been named his replacement until the end of the campaign and is also in charge of the club’s women’s team.

A goal from Reece James ensured Rovers claimed all three points at Fratton Park earlier this season, while the Blues triumphed 2-1 in South Yorkshire last term.

TEAM NEWS
Pompey will be without the injured trio of James Bolton (ankle), Michael Jacobs (hamstring) and Callum Johnson (calf).

Alex Bass requires a scan after injuring his leg for Southend, having joined the League Two side on an emergency loan on Saturday morning.

Ellis Harrison and Tom Naylor suffered knocks against Gillingham at the weekend, but the duo are both available.

Doncaster striker Tyreece John-Jules is out with a hamstring problem and has returned to parent club Arsenal for treatment.

Supporters can use the settings cog to switch to local Doncaster commentary if they prefer. 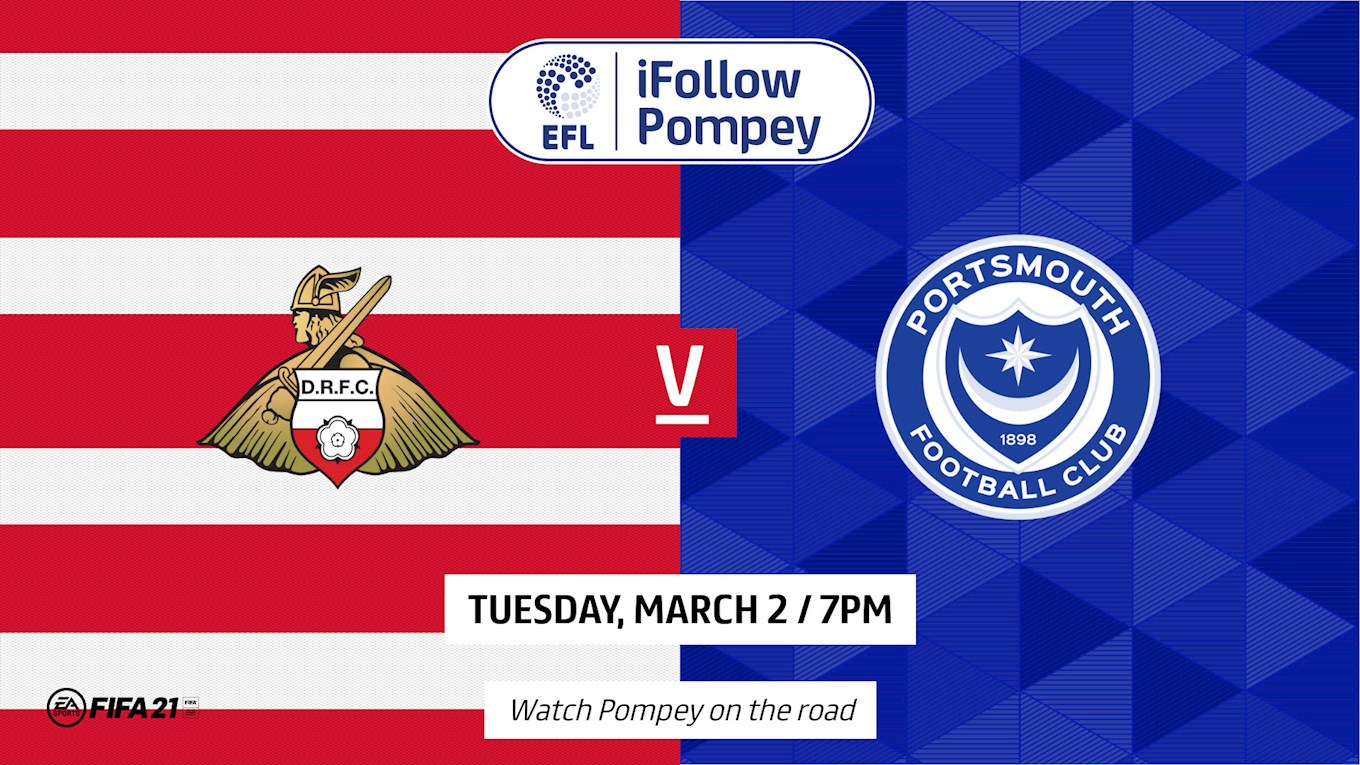