Paul Downing makes his first league start for Pompey in more than 19 months at AFC Wimbledon this afternoon.

The defender replaces Rasmus Nicolaisen in one of three changes from the side that dramatically drew with Accrington earlier in the week.

Lee Brown returns to his usual left-back role after recovering from a hamstring problem, while Ryan Williams – who scored at the Crown Ground – is also included.

George Byers and James Bolton are the other players to make way and join Nicolaisen among the substitutes. 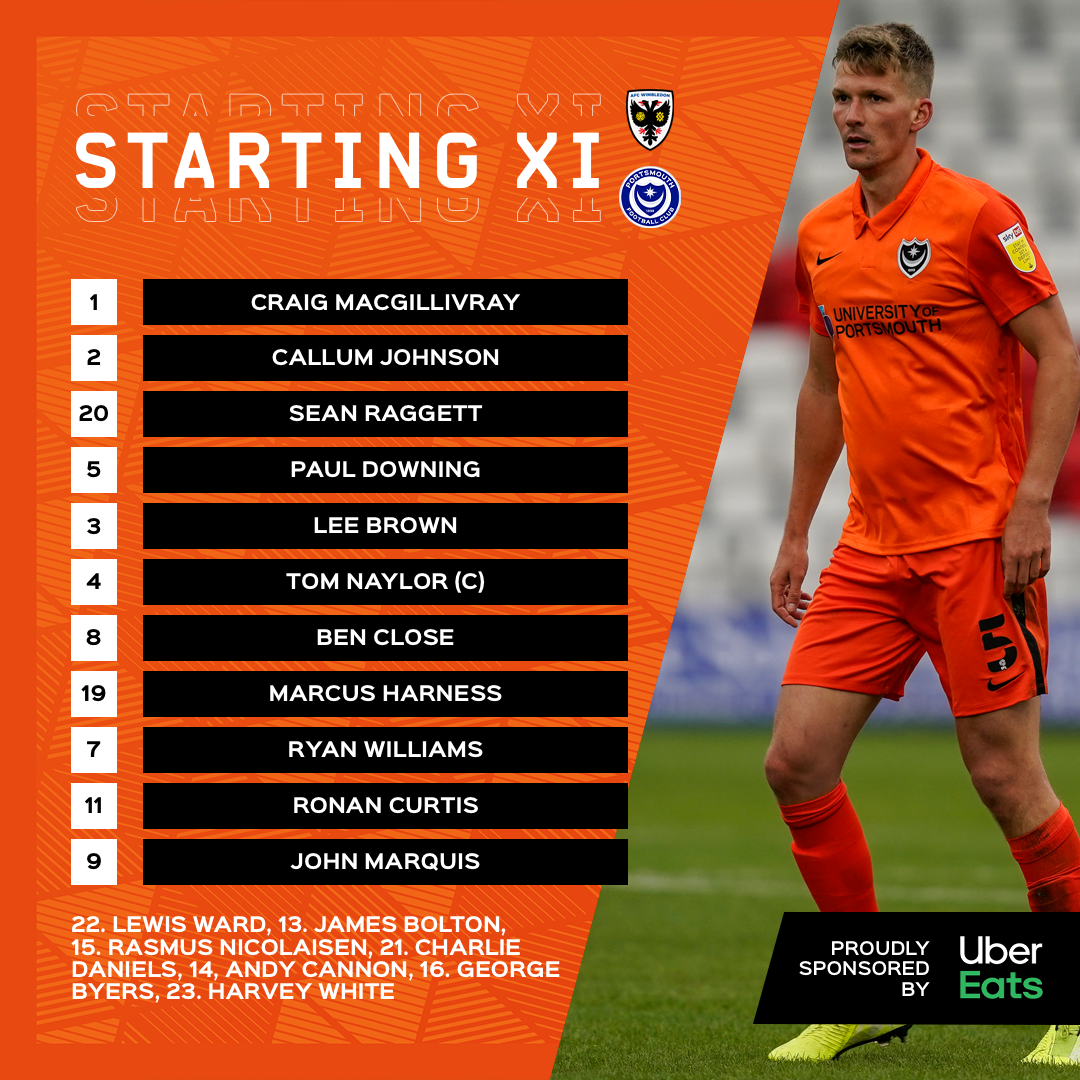