Jack Whatmough returns to the starting line-up for Pompey’s crucial League One contest against Accrington.

The defender is available following a four-match ban and replaces Sean Raggett in the only change from the side that won at AFC Wimbledon last week.

Jordy Hiwula is named among the substitutes after recovering from an ankle injury to boost the Blues' attacking options. 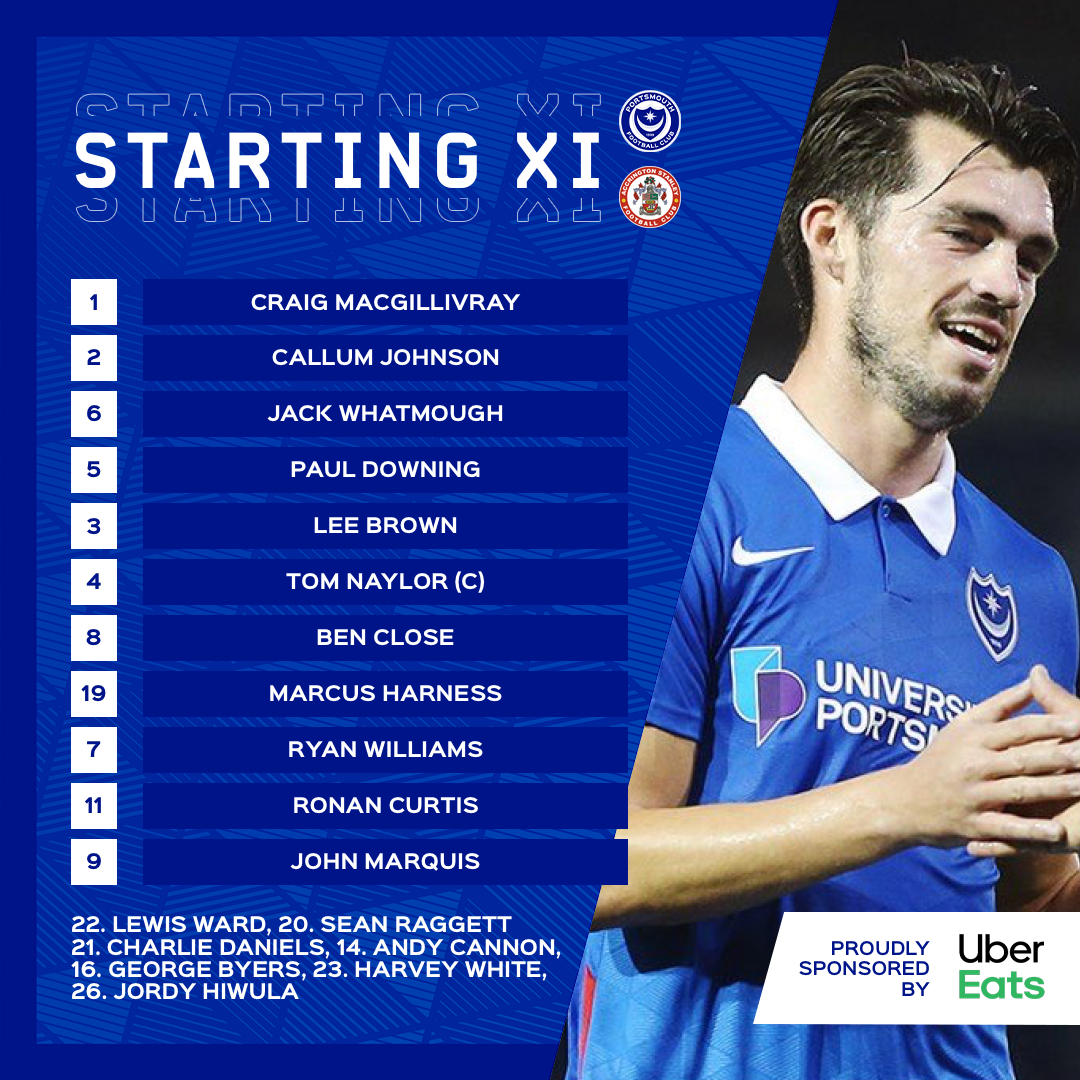