An enforced change of system failed to knock Pompey off their stride against Lincoln.

Lee Brown’s suspension saw a switch to a 3-4-1-2 formation for a midweek League One contest at Sincil Bank.

But the visitors were dominant throughout and broke the deadlock when Marcus Harness fired home on the stroke of half-time.

George Hirst then struck his first league goal for the club after the break, while Reeco Hackett wrapped up a 3-0 win late on.

And Danny Cowley was certainly in a buoyant move after watching his side record a fifth successive victory.

The Blues boss said: “It was a good win and away performance – and we showed all the attributes that you need.

“There was an incredible hard work, sprinkled with a bit of quality, and credit to the players because we had to change the system again.

"You’ve got to have a real humility and flexibility to keep adapting, as well as a willingness to take on the additional information."

“I think we got criticised for moving to a back three because we’ve conceded some goals with that system, but I thought that was down to a lack of personnel, rather than the formation.

“You’ve got to have a real humility and flexibility to keep adapting, as well as a willingness to take on the additional information.

“I was really happy for George and I said to him in the dressing room afterwards that it’s the first of many.

“Ronan Curtis didn’t score, but my god, how hard did he work for the team. There were some big performances throughout the team.

“But we didn’t get too low when we lost to Ipswich and so we won’t get too high at this moment in time.

“I was certainly pleased with what I saw out on the pitch, although we are still very much a work in progress.”

Cowley has another problem to overcome at the weekend, with a fifth booking of the season for Sean Raggett ruling him out of the trip to Gillingham.

He said: “It’s not been easy, but it doesn’t matter what they throw at us – we’ll work hard to find the solutions.” 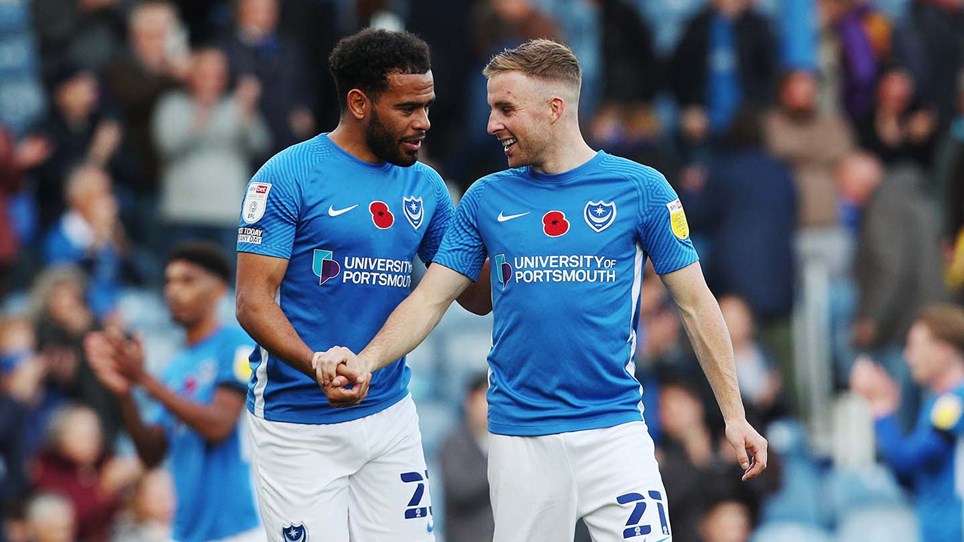