Louis Thompson returns to the Pompey starting line-up for this afternoon’s League One match at Gillingham.

He replaces the suspended Sean Raggett in the only change from the side that impressively won at Lincoln earlier in the week.

Lee Brown is available again following a one-match ban, but a back injury means he is only named on the bench.

With Clark Robertson, Brown and Raggett all missing, the captain’s armband is worn by Ronan Curtis. 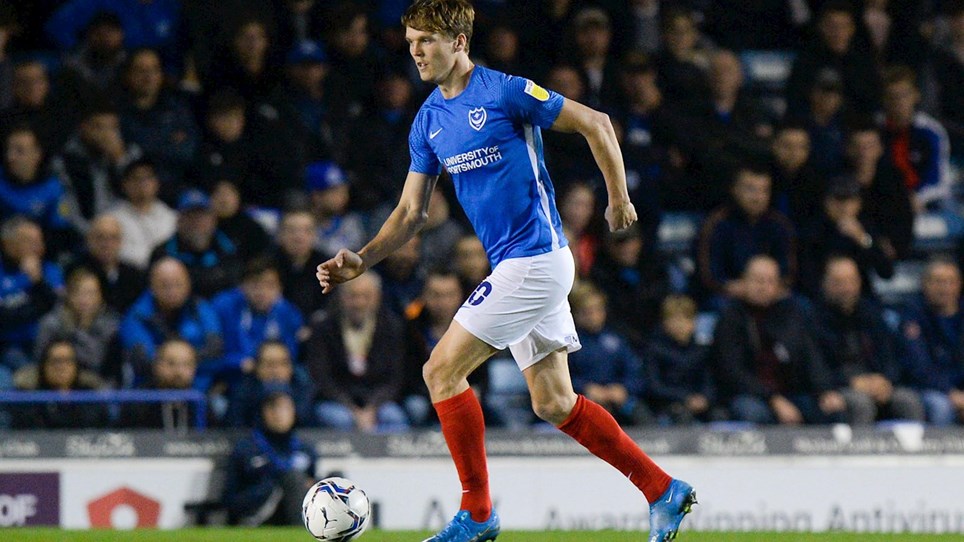 
Sean Raggett captains the Pompey side for this afternoon's clash with MK Dons at Fratton Park.