Pompey will look to get their first points on the board in this season’s Papa John’s Trophy when they host Sutton tonight (7.45pm kick-off).

Danny Cowley’s side were involved in an entertaining 5-3 defeat at AFC Wimbledon in their opening match in Southern Group B.

Their opponents, meanwhile, enjoyed their maiden match in this competition, easing to a 3-0 victory over Crystal Palace’s under-21 side.

United are still basking in their success from last term, when they held off Torquay to claim the National League title.

It meant that the club were promoted into the Football League for the first time in their 123-year history.

And after a bright start, Matt Gray's men have settled into life in the fourth tier, securing five wins from their past six fixtures.

That includes a dramatic 4-3 triumph over Port Vale at the weekend, which saw them recover from trailing with just three minutes remaining.

In the event of a draw after 90 minutes this evening, both sides will claim a point. A penalty shoot-out will then be held, with the winners earning a bonus point.

TEAM NEWS
Pompey are likely to make a number of changes, with Miguel Azeez, Gavin Bazunu and Joe Morrell away on international duty.

Sutton striker Omar Bugiel is currently away representing Lebanon, while Kenny Davis (hamstring) is a doubt.

VIEW FROM THE DRESSING ROOM
Read the thoughts of Danny Cowley and Louis Thompson or watch the video below.

HEAD TO HEAD
This will be the first competitive meeting between Pompey and Sutton.

The sides did play a friendly at Gander Green Lane in the summer of 2016, with Christian Oxlade-Chamberlain grabbing the Blues' consolation goal in a 2-1 defeat.

TICKETS
Pompey fans can buy their seat online here or by visiting the Anson Road ticket office. From 5pm this evening, they can also be purchased from the booth behind the Fratton End.

Parking spaces in the main car park behind the Fratton End must be pre-booked online here.

VICTORY BAR
The Victory Bar behind the Fratton End will be open from 5pm this evening and serving an expanded range of food and drinks listed below. 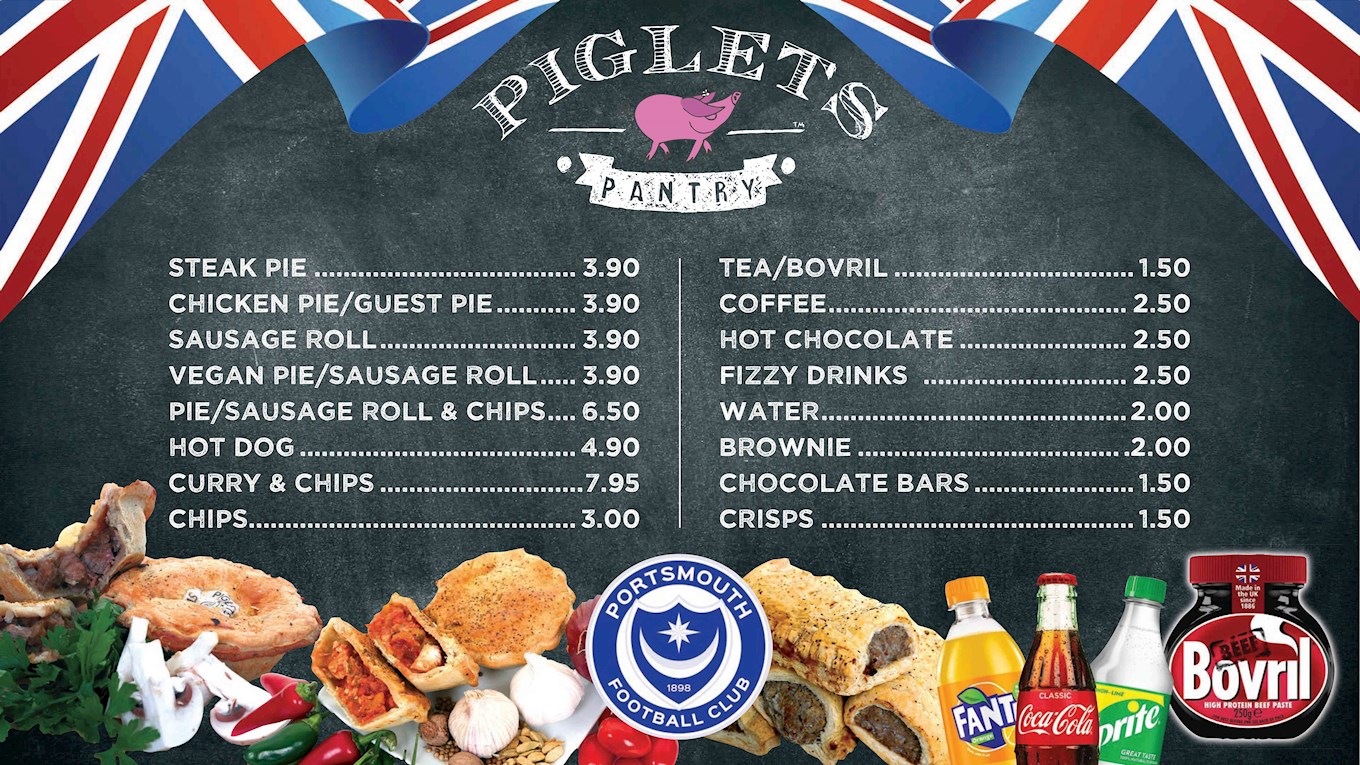 Domestic iFollow subscribers can also enjoy audio commentary from Andrew Moon and Mark Kelly, but will need to purchase a match pass if they want to watch the game.

BETTING
Pompey are the 13/10 favourites with VBET to secure all three points, while the visitors can be backed at 2/1.