Portsmouth Football Club would like to advise supporters that roads around Fratton Park are already extremely busy due to fuel deliveries in the area around the stadium.

With strong winds and heavy rain also forecast throughout the day, the club would like to reiterate that fans attending today’s match against Sunderland should arrive as early as possible.

The turnstiles will be open from 1.30pm, with classic highlights being shown on the big screen and Premier League action on the concourse televisions.

The Victory Lounge is open for home supporters from 12pm on Saturday and will be serving curry and chips, while the full Manchester United v Everton match will also be shown.

We would also like to remind all full season ticket holders that they should 'tap and go' with their season card to enter the stadium.

However, fans with an eticket or paper ticket – which will include any flexi-season ticket holders and members who have bought a ticket for the game – will need to insert these into the turnstile readers as in previous seasons. 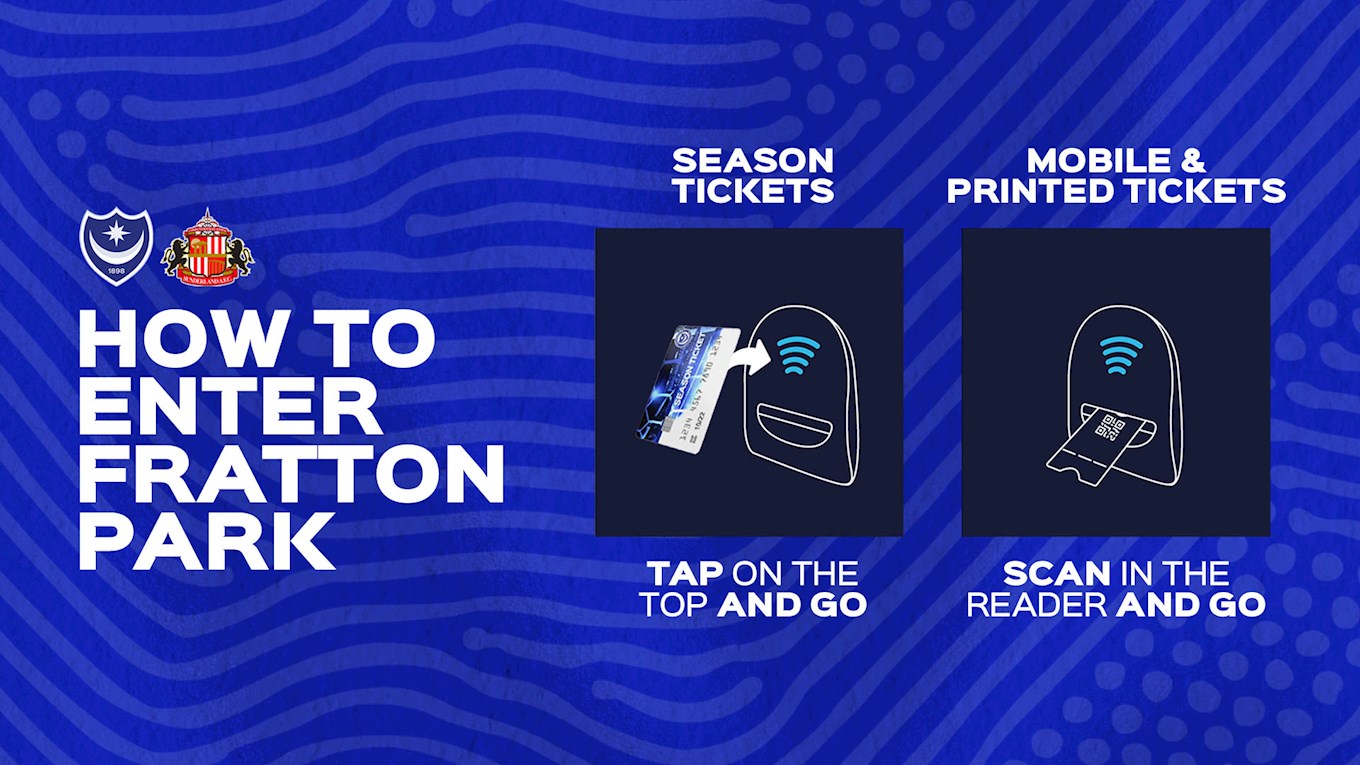