Pompey maintained their position at the Youth Alliance League summit by grabbing a late winner at Exeter.

The only goal of the game arrived right at the end of the 90 minutes after the visitors had stolen possession in the middle of the pitch.

They burst though the centre and Alfie Bridgman (pictured) raced onto a pass to fire into the bottom corner with his left foot.

Assistant professional development phase coach James Barlow said: “It was a case of three games in six days for many of them because of the Hampshire Cup match at Basingstoke earlier in the week.

“We’d spoken a lot about our preparation ahead of the fixture, with things like sleeping right and nutrition.

“Then the traffic down to Devon was terrible and we didn’t get to the ground until half-an-hour before kick-off!

“It was a really end-to-end contest and the sides were fairly evenly matched – it’s always tough when you go down to Exeter.

"A draw would probably have been a fair result, but Alfie broke the line right at the end and scored our winner."

“We approached the game with a different mindset because it wasn’t one where we were going to go and dominate possession.

“It was always going to be a case of having to defend our area with plenty of grit and desire, which we did really well.

“Jack Fox and Harvey Laidlaw from our under-16s were involved and they both competed very well for us.

“I felt we could have improved in possession, though, and we changed the system late on to try to gain a little bit more control.

“A draw would probably have been a fair result, but Alfie broke the line right at the end and scored our winner.

“There was a little bit of mental fatigue from the lads because of the busy schedule, but the subs we made gave us added energy, as well as more quality on the ball.”


Pompey's academy manager Greg Miller has provided an update on building links with the first team and how the youth set-up can continue to grow.

Away Draw For Young Blues


Pompey Academy have been handed an away tie in the first round of the FA Youth Cup.


Pompey Academy suffered their first Youth Alliance League loss of the season, with a 2-0 defeat to Oxford at Copnor Road. 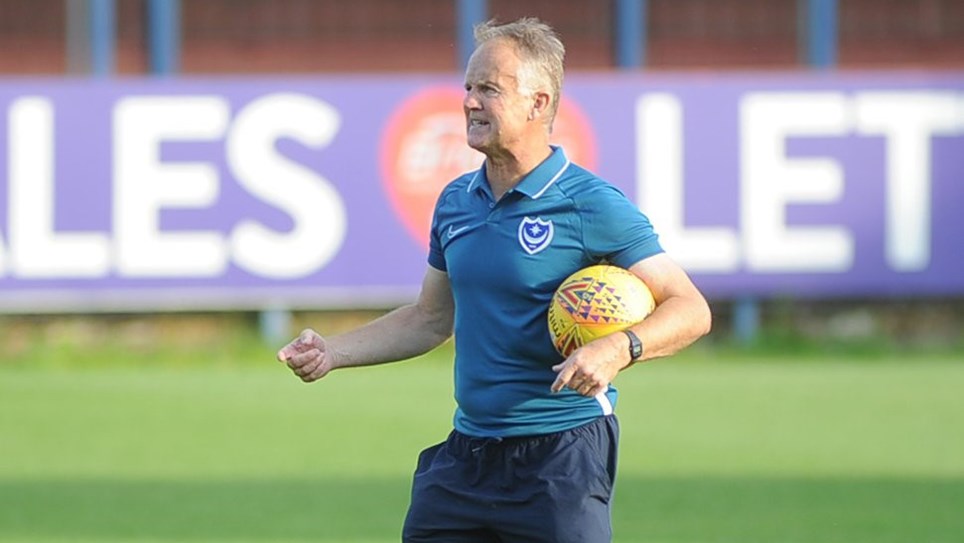 
I confirm I have resigned as Head of Coaching at Portsmouth. But following reports today, I thought it was important I explained the reasons for my decision.