Pompey produced a superb second half display to secure a 2-0 National League victory over Bridgwater.

Cherelle Khassal and Emma Jones both struck after the break to secure all three points at Fairfax Park.

Jay Sadler made five changes from the side that narrowly won on the road at MK Dons the previous week.

The visitors had Hannah Haughton – wearing the captain’s armband in Danielle Rowe’s absence – to thank for not conceding before the break.

She did brilliantly in the opening stages to keep out Chloe Gilroy's effort with her feet after the forward had burst through on goal.

And the keeper denied the same player from point-blank range midway through the first half after a deflection had provided her with an opening.

Jenna Markham also forced Haughton into action, as the home side kept pushing for an opening goal.

And when Markham did beat Haughton to the ball late in the first half, she was unable to keep her shot down.

Amy Goddard then met a delivery from Meesha Dudley-Jones, but her header was comfortably claimed by Haughton.

Haughton again came to the rescue once again when the action restarted, getting down to deny Gilroy from a tight angle.

The keeper then showed her attacking abilities by providing the assist when the Blues broke the deadlock on 53 minutes.

Her ball over the top of the Bridgwater back-line was collected by KHASSAL, who lobbed Bethany-May Howard.

Annie Rolf had to be alert at the other end, clearing the ball from the line following an almighty scramble in the box.

Emma Jones came off the bench and came close to wrapping things up, spinning her marker and firing in a shot that was pushed behind by Howard.

She then forced the keeper into another save after collecting a cross from the right-hand side by Rosie McDonnell.

And JONES did secure all three points on 87 minutes, arrowing home from the edge of the box after being found by Sammy Quayle. 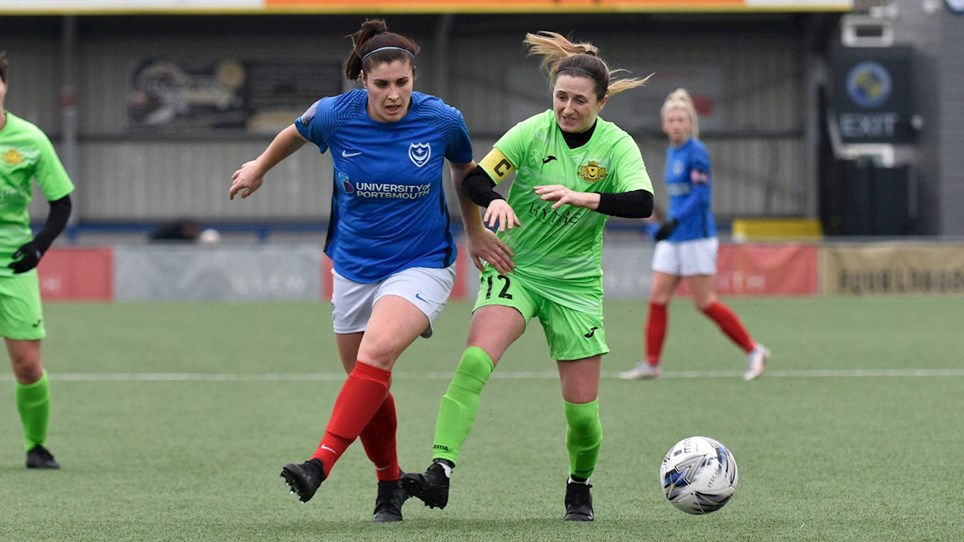