An early strike from Danielle Rowe was enough to ensure Pompey would return to winning ways at Chichester & Selsey.

The skipper’s slightly fortuitous strike settled the National League contest to end any lingering fears of being pulled towards the bottom four.

Jay Sadler made five changes from the side that were beaten by MK Dons at Fratton Park a few days earlier.

And the contest got off to a fast start, as a 35-yard free-kick from ROWE evaded everyone in the box and flew straight into the net.

The struggling home side needed to find a response if they were to have any chance of beating the drop this season.

But they were failing to create any meaningful chances, ensuring a quiet evening between the sticks for Hannah Haughton.

And it was the Blues who almost scored again just before the break, with Izzy Foster doing well to prevent a Rowbotham volley from crossing the line.

The visitors were back on the attack when the action restarted and a first time effort from McDonnell fizzed wide.

There was still a lack of attacking fluency to proceedings, though, and a series of substitutions halted any flow.

But that suited Pompey far more than their opponents, as they looked to hold on for a three-point haul.

There were still half-chances, but – with the seconds ticking down – the majority of them were falling to the Blues.

They were not far away from taking one of them in the closing stages, but Cherelle Khassal fired just past the post.

A single goal proved plenty, however, as Pompey saw out the closing stages with relative ease to earn the win. 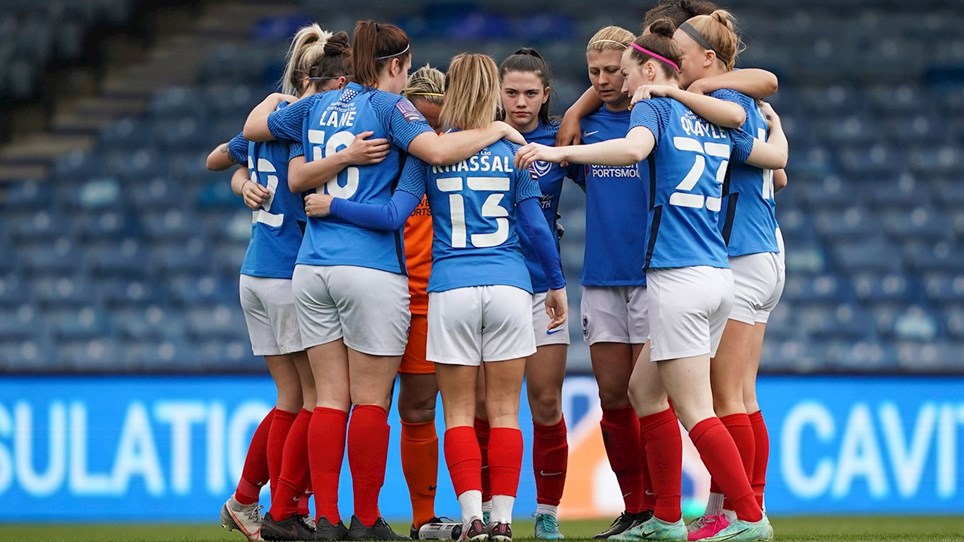