April 5 1898 was the day Portsmouth FC was founded by six businessmen who met in High Street, Old Portsmouth and agreed to purchase farmland near Goldsmith Avenue with the intention of setting up a professional football club.

And in less than ten months’ time it will be Pompey’s 125th birthday.

The south coast’s most successful football club – with two league titles and two FA cup wins to its name – are planning a season-long celebration in 2023/24 and are looking for fans to get involved in a number of ways.

Already plans are underway to create a special commemorative set of kits for the season and a special version of the iconic star and crescent club crest.

It is also planned to have a 125th anniversary game at Fratton Park next July, as well as a legends match involving stars of the past.

In addition, work on an official history of the club is already well advanced, along with a range of other commemorative memorabilia.

To coordinate and plan the celebrations, the club have teamed up with the Pompey History Society, Pompey in the Community (PitC) and the Pompey Supporters’ Trust (PST) to form a committee tasked with the job.

"There are a number of other exciting ideas in the pipeline, which will be unveiled in due course, but the formation of this steering committee is the first step towards making the plans a reality."

The presidents, who are represented on the Heritage and Advisory Board, are also behind the initiative.

The group will be chaired by Colin Farmery, who also leads the history society, and will have representatives from the club, PST, PitC, the Tony Goodall Fans’ Conference, former players, Portsmouth FC Women and other stakeholders such as former players, represented by Alan Knight, and the University of Portsmouth.

Anna Mitchell, chief commercial officer at the club, said: “We really want to ensure we celebrate this anniversary in style. There are a number of other exciting ideas in the pipeline, which will be unveiled in due course, but the formation of this steering committee is the first step towards making the plans a reality.

“I am delighted Colin agreed to chair the committee. The work of the history society has already ensured, among other things, the club now have a couple of fantastic replica trophies on display in its trophy cabinet, as well as delivering the excellent ‘Pompey: Champions of England’ exhibition.”

Colin said: “It was a great honour when the club approached me to do this task. I’ve been a fan myself for more than 50 years, so to be given the job of helping it celebrate this anniversary was an offer I simply couldn’t refuse.

“While the club has its own plans to mark the occasion, we also want to ensure the celebrations have a fan-led element and in the coming weeks and months we will be reaching out to them in various ways to find out how they would like to see the club’s rich history celebrated.”

"It’s vitally important that events across this year draw upon the rich heritage of Pompey, its fans and history."

Simon Colebrook, chair of the PST said: “We are excited to join the planning committee for the 125th anniversary of Portsmouth Football Club. It’s vitally important that events across this year draw upon the rich heritage of Pompey, its fans and history.

“In the very near future, the PST will be unveiling plans, supported by the club, for an exciting project to ensure supporters can make a real contribution to commemorating this anniversary.

“We’re thrilled that the club has joined with representatives of the fans, the History Society, Pompey in the Community, and other key stakeholders in our club. Together, I am sure we will all enjoy a fantastic year of celebration of this important milestone.”

Clare Martin, CEO of Pompey in the Community, added: “We are really looking forward to help to celebrate this milestone in the club’s history and helping to make it a year to remember for Pompey fans everywhere.”

David Willan, chair of the presidents group, said: “We are proud of our club’s rich history and the role the presidents played helping to secure the future of the club in the dark days of 2013, so naturally we’re delighted to support the many activities that are planned to celebrate our 125th anniversary.

“We will celebrate in style and enjoy commemorating our many achievements, but now is also about the future and supporting Pompey as it strives to become a sustainable and successful football club capable of competing effectively in the top tier.”

The club have a track record of commemorating significant anniversaries, including the Golden Jubilee in 1948/49, the 75th anniversary in 1973/74 and the centenary in 1998/99.


Portsmouth Football Club have unveiled a specially-commissioned logo for the club’s forthcoming 125th anniversary season in 2023/24. 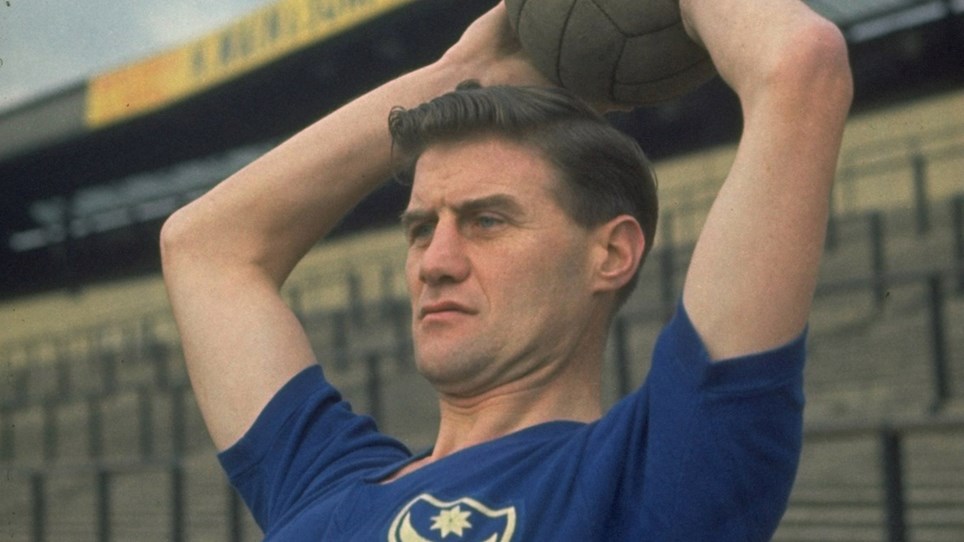 
Portsmouth Football Club’s 125th anniversary celebrations in the 2023/24 season have been boosted by the news that the Pompey Supporters’ Trust are leading a crowdfunding campaign to build a statue in...