Portsmouth Football Club’s 125th anniversary celebrations in the 2023/24 season have been boosted by the news that the Pompey Supporters’ Trust are leading a crowdfunding campaign to build a statue in honour of club legend Jimmy Dickinson.

The £150,000 target, provided it is hit, will mean the statue – by award-winning sculptor Douglas Jennings, who has works of Watford's Graham Taylor and Fulham's Johnny Haynes to his name already – will be unveiled around the eve of the 125th anniversary season next July.

On Monday, the club announced plans to celebrate their birthday with a year-long programme of events, starting in April 2023.

Backed by Pompey chairman Michael Eisner, the club are fully behind the trust's plan and he told the PST: “Since I have been chairman of the club, I have come to know of his [Dickinson’s] greatness as a player, for both Pompey and England, and his enormous contribution to the club in other roles too.

“This PST project is the perfect way to kickstart the club's 125th anniversary celebrations. I look forward to the club working with the PST over the coming months to make this statue something of which we will all be proud.”

"I look forward to the club working with the PST over the coming months to make this statue something of which we will all be proud."

“A statue in Jimmy’s honour is long overdue. I know there have been one or two attempts in the past to get this idea off the ground, so I am delighted the PST have managed to pull together this plan to make a dream hopefully become a reality.”

Dickinson played 764 league games for Pompey over 20 years and earned 48 England caps. He featured in Pompey’s title-winning teams of 1949 and 1950.

He was also club secretary and then manager from 1977-79. In 1965, he was awarded an MBE for his services to football.

Click here to read more about the PST campaign here or click here to contribute directly to the crowdfunder.


Portsmouth Football Club have unveiled a specially-commissioned logo for the club’s forthcoming 125th anniversary season in 2023/24. 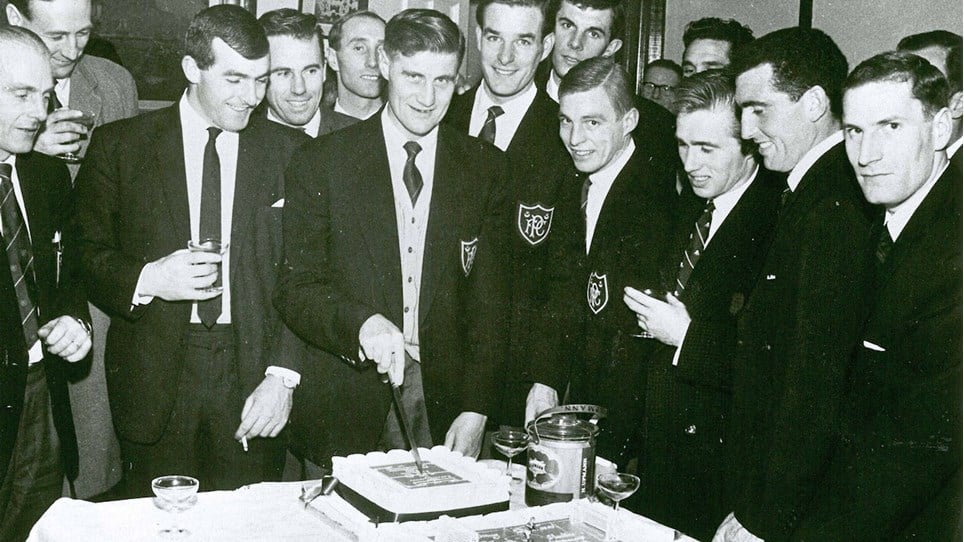