Zak Swanson had been an Arsenal player for 15 years.

But he was eager to swap the bright lights of the Emirates Stadium for a move down to the south coast.

Pompey parted with an undisclosed fee to sign the right-back on a two-year deal, with the club option of a further 12 months.

And Swanson quickly made up his mind about the switch following a chat with Blues boss Danny Cowley.

He said: “The stature of the club is one thing and after having a meeting with the gaffer, I was sold from that moment.

“Danny told me all about the city, how passionate the supporters are and what we want to do this season.

"The stature of the club is one thing and after having a meeting with the gaffer, I was sold from that moment."

“It’s difficult to leave Arsenal, but in order to test yourself, you need to come out of that comfort zone. I think that Pompey is a good step for me.

“To play for a club of this size at Fratton Park will be amazing and I just can’t wait to get going. The fans cheer you on through difficult moments.

“I’m a versatile player, but full-back is my main position. I like to get forward and get crosses in, but I also enjoy the defensive side of the game.”

Swanson is currently getting to know his new colleagues during a training camp in Spain, but needed no introduction to one member of the Blues squad.

He said: “I’ve known Jayden [Reid] for a long time and we played together for a local team at the age of around five or six.

“We went to Arsenal together and then stayed in contact a bit after he left. He’s a familiar face here and has helped me already.” 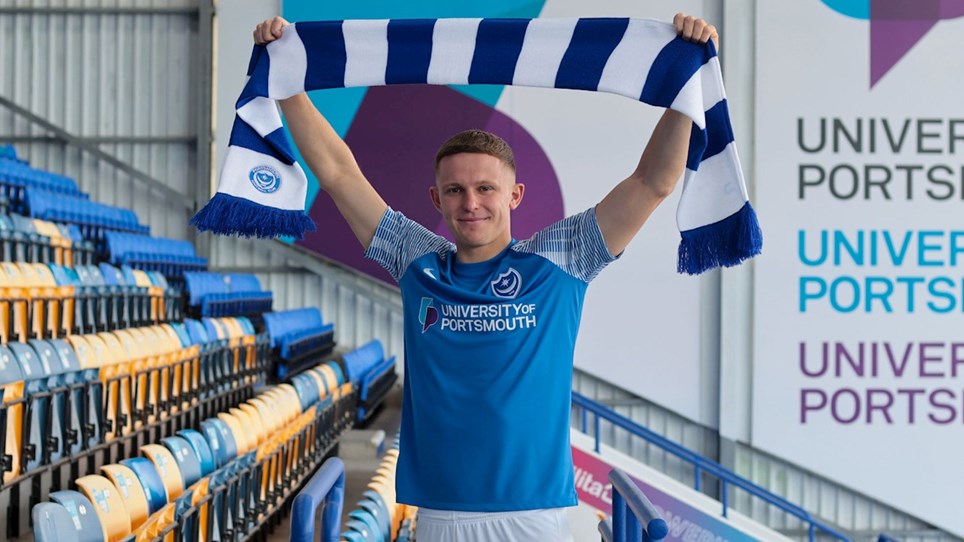