Pompey are pleased to announce that season ticket prices will be frozen for the 2022/23 campaign.

The club recognise the continued excellent – and loyal – support of the Fratton faithful, with the team’s fine home form last term showing how important it was to once again welcome supporters to the ground.

So a decision has been taken to keep prices the same as the 2019/20 season, which – due to the Covid pandemic – is the last time the club offered season tickets for 23 home league fixtures.

Chief executive Andrew Cullen said: “The club recognise the increases in energy costs and the general cost of living, which will massively impact the personal finances of so many of our fans.

“The club itself will also incur significant extra costs next season, but we are determined to do our best to grow support – especially given the increases in stadium capacity afforded to us by the completion this summer of the works in the North Stand and South Stand.”

There will also be a charge of £2 to cover the cost of postage for your new season card.

There will be an option for supporters to spread the cost of their season tickets over monthly installments, with more information to follow in due course.

How To Buy
Supporters are advised that the quickest and easiest way to secure their season ticket is by logging into their eticketing account.

Those fans who are unable to purchase online will be able to visit the Anson Road ticket office (located inside the club shop) or call them on 0345 646 1898 (option one) (Monday-Friday, 9am-5.30pm).

Please note that Fratton Park is a cashless stadium and all season tickets must be purchased with a credit/debit card.

South Stand/North Lower Redevelopment
Due to the redevelopment of the South Stand and North Lower, season tickets in this area of the ground will not be sold to members or go on general sale until after the second home League One game of the season (or third depending on the sequence of fixtures).

Supporters who wish to get a new season ticket should instead purchase in the Fratton End or North Upper and will then be offered the chance to move to the South Stand or North Lower after the second or third fixture. Please note this is subject to availability and we cannot guarantee there will be space in these areas.

Existing season ticket holders in the South Stand should note that because of the reconfiguration of this stand, we cannot guarantee that supporters will be seated in exactly the same location. If desired, they will have the opportunity to move to a new seat after the second or third fixture. South Stand season ticket holders will be sent more information directly later this month.

Flexi-Season Ticket Holders
The club will not be selling flexi-season tickets for the 2022/23 season. Supporters will need to purchase a full season ticket in order to guarantee their seat for the 2023/24 campaign.

Hospitality
The club are still finalising details for our hospitality season ticket holders and will release further information in due course. 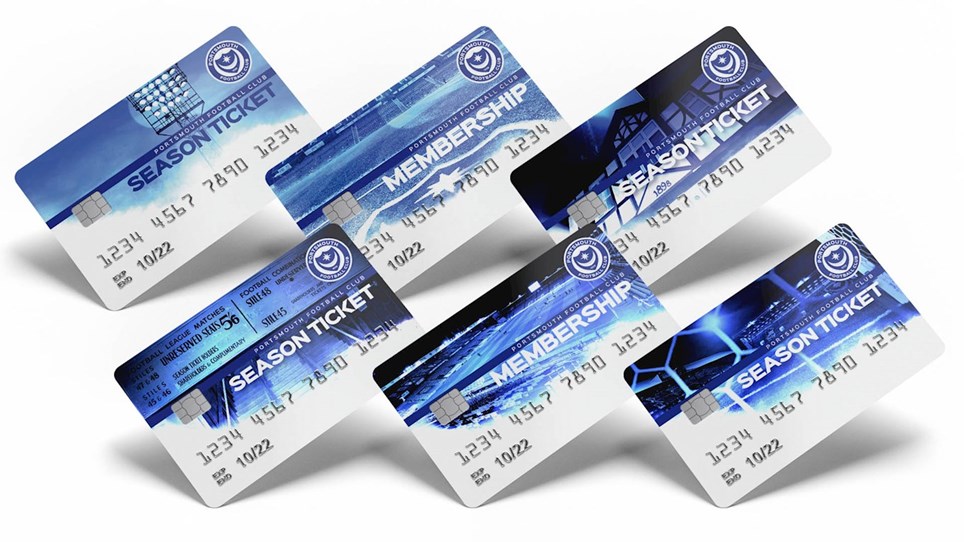 
Season ticket and membership cards are being sent out by the club to supporters from the week commencing Monday, September 6. 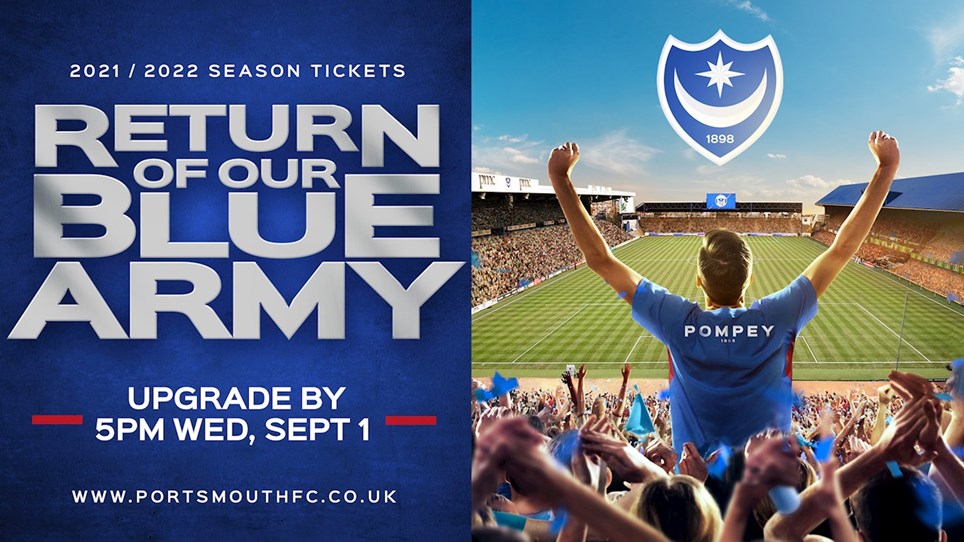 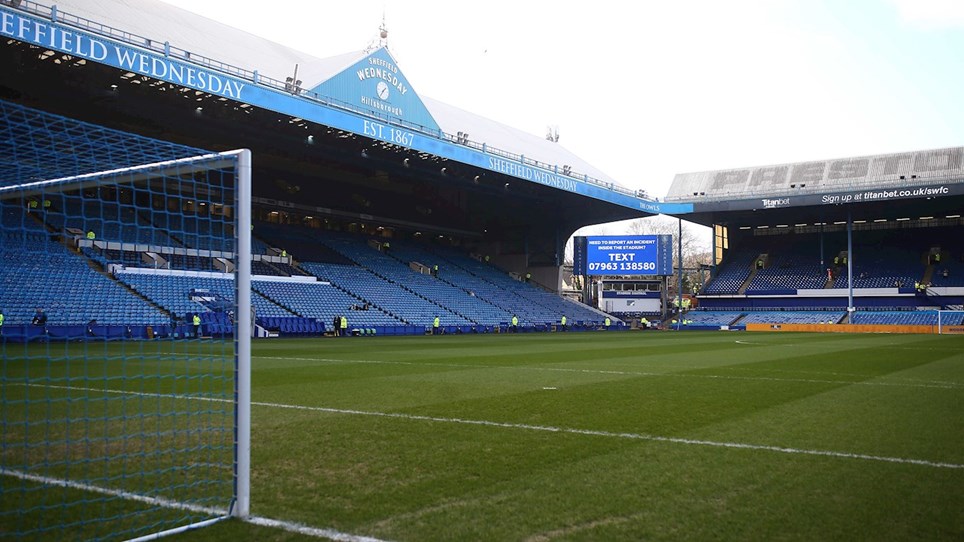 
Tickets are still available for Pompey’s final fixture of the 2021/22 season at Sheffield Wednesday.


Pompey have arranged for two additional coaches to take supporters to the final game of the 2021/22 campaign at Sheffield Wednesday.


Pompey have received a further batch of 1,000 tickets for the final game of the season at Sheffield Wednesday.


Pompey fans can now book additional parking spaces for the final Fratton fixture of the season.