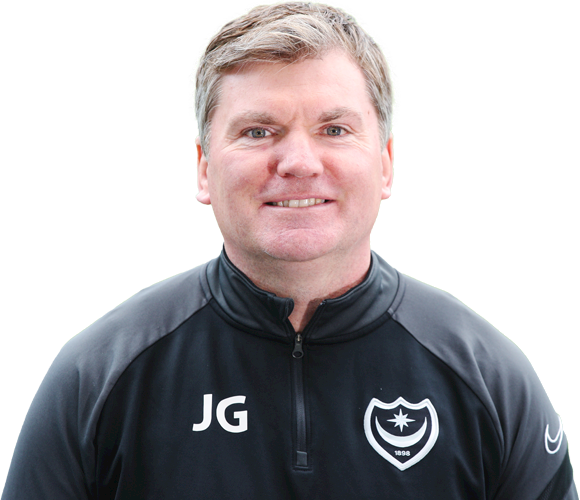 Manager Kenny Jackett's longtime number two, followed the Blues boss to the south coast in June 2017, having previously deputised for him at a host of other clubs.

Older brother to fellow ex-pros Kevin and Steve Gallen, Joe was forced into early retirement due to injury at the age of 26 and made an immediate transition into coaching, taking charge of the youth team at QPR in 1998.

A short stint as assistant manager at Exeter in 2007 preceded the first of many off-field link-ups with then-Millwall boss Kenny Jackett the same year, as Gallen was appointed as his deputy.

The pair achieved a promotion from League One in 2010, beating Swindon 1-0 in the play-off final at Wembley Stadium.

When Jackett took charge at Wolves - recently relegated from the Chapionship - in May 2013, Gallen soon followed.

And further success followed, as the pair masterminded an immediate return to the Championship, winning the league with a record points tally.

Following the duo's short-lived stay at Rotherham in 2016, Gallen was confirmed as assistant at Fratton Park a week after Jackett put pen to paper on a two-year-deal.