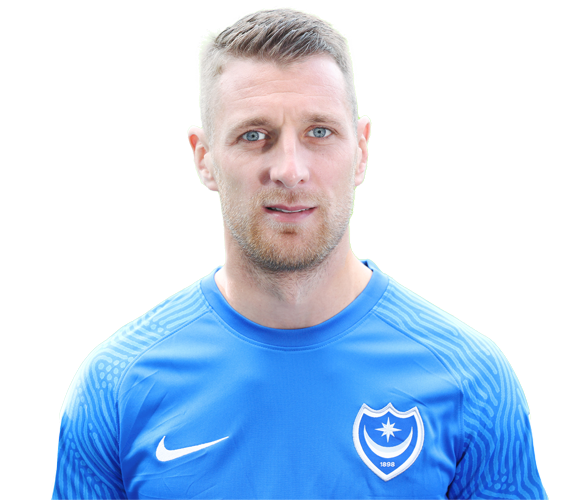 Brown penned a two-year deal with Pompey in the summer of 2018 following the expiration of his Bristol Rovers deal.

The left-back began his career with Queens Park Rangers and graduated through the ranks at Loftus Road.

He earned his first professional contract in July 2008, making his debut in a Championship clash at Barnsley in April 2010.

Brown gained more experience with loan spells at Salisbury and Hayes & Yeading before making the switch to Rovers in the summer of 2011.

He made his debut in the opening day of that season and opened his goal account in a 4-1 defeat at Crawley the following month.

Although he is a recognised full-back, former manager Mark McGhee played him on the left side of midfield on a number of occasions.

The appointment of John Ward saw Brown move back to play in his favoured position and and went on to enjoy a successful spell in the second half of the 2012/13 campaign.

He won international honours with the England 'C' team in 2014/15, as well as playing 46 times for the Rovers side that climbed back into the Football League.

The Gas went on to seal back-to-back promotions, with Brown’s last-gasp goal against Dagenham and Redbridge clinching a final-day victory that took them up.

That season, he was the only ever-present in the side, appearing in every minute of every league game.

Brown has been a regular in the Blues side ever since his arrival and scored in the successful penalty shoot-out against Sunderland to secure the EFL Trophy at Wembley in 2019.