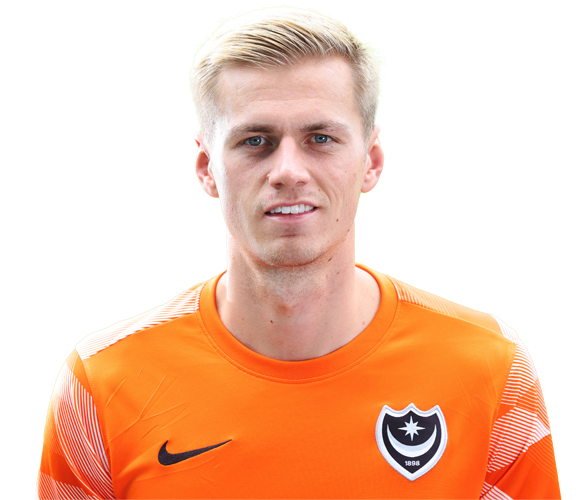 Out On Loan
Bradford City

A product of the Pompey academy, Bass made his senior bow in a 3-2 EFL Cup defeat to Coventry in August 2016.

The keeper spent the remainder of the campaign on loan at Southern League outfit Salisbury, making a total of 46 appearances for the Whites.

The Wiltshire side, managed by Pompey legend Steve Claridge, were only denied promotion that season by a play-off final defeat to Tiverton.

Kenny Jackett then handed Bass his league debut for the Blues on the final day of 2017/18 and he kept a clean sheet in a 2-0 win over Peterborough at Fratton Park.

After sealing a new long-term contract that summer, he was loaned out again, this time to National League South side Torquay.

While his time with the Gulls was disrupted by injury, Bass was given more chances upon his return to the Blues, keeping a clean sheet in an EFL Trophy victory over Southend.

And there were more eye-catching performances in the same competition the following season, including a man-of-the-match display away at Oxford, in which he saved a crucial spot-kick in the penalty shoot-out.

Bass' form led to an extended run in the team during the second half of the campaign, with the keeper finishing 2019/20 with 25 appearances to his name in all competitions.

Before the season was interrupted due to the Covid-19 pandemic, Bass had the highest save success rate in the top four tiers of English football (81.8 per cent), bettering Liverpool’s Alisson (80.4 per cent). 
Alex Bass has been nominated for the PFA Bristol Street Motors League One Player of the Month award for February.