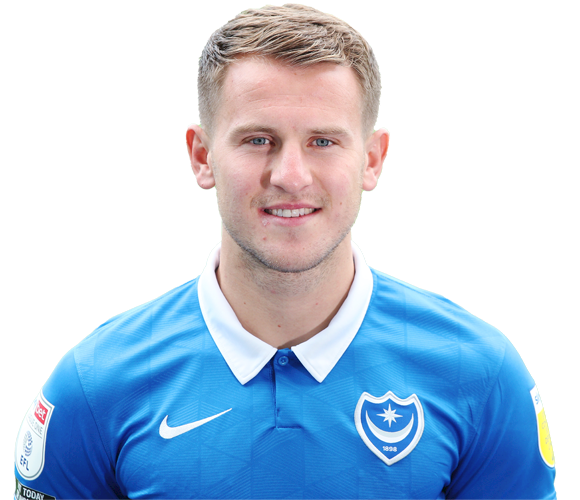 Out On Loan
On Loan at Northampton

The midfielder spent the first half of the campaign on loan at fellow Sky Bet League One side Wycombe Wanderers, scoring against the Blues during the two sides’ 2-2 draw in September.

In all, he found the net three times in 21 appearances for the Chairboys, his last game of that spell coming on Boxing Day against Burton Albion.

Morris – who came through the youth ranks at Middlesbrough – made his professional debut for the Teesiders as a 16-year-old in 2013, coming on as an 82nd-minute substitute during a 4-1 FA Cup third round win over Hastings United.

He enjoyed numerous loan spells with the likes of Burton Albion, Coventry City, York City and Walsall during that time, in lieu of regular first team football at his parent club.

And in January 2017, Morris was released from his ‘Boro contract before joining Shrewsbury Town on a deal until the end of the 2016/17 campaign.

Made his debut for the Shrews as a late substitute in the 1-0 win over Oldham, the first of a string of appearances that saw him aid the club’s Sky Bet League One survival bid.

Was rewarded with a new two-year contract in the summer of 2017, going on to form a key part of the Salop side that were beaten play-off finalists the following season.

Originally from Hartlepool, Morris has captained England from Under-16 level upwards, making 39 appearances at international level across various youth groups.

Morris: Look To The Future


Pompey had gone 115 days without tasting competitive football before the first leg of their play-off contest.


Bryn Morris believes Pompey fans will soon start to see what he is capable of.